Holtec International May Hire 3,000 In Camden

A company that makes components for power plants said Monday that it eventually expects to bring 3,000 jobs to the facility it plans to build in Camden, one of the nation's poorest cities. 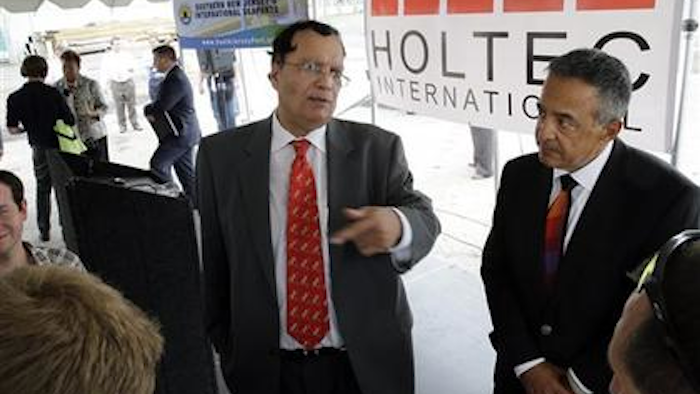 CAMDEN, N.J. (AP) -- A company that makes components for power plants said Monday that it eventually expects to bring 3,000 jobs to the facility it plans to build in Camden, one of the nation's poorest cities.

But the company, Holtec International, does not have to hire that many people to receive a $260 million in state tax credits that it was approved for last week. To get the full amount, to be distributed over 10 years, it has to maintain 395 jobs in Camden.

Holtec is a privately held firm that plans to make storage containers for spent nuclear fuel and modular nuclear reactors designed to be terrorism-proof in the Camden plant. It says it will not have any nuclear fuel at the facility in Camden that was once home to a New York Shipbuilding Corp. yard that at one time employed 30,000 people.

The announcement in the South Jersey Port Corporation's facility in Camden was one of two attended by Gov. Chris Christie on Monday to herald new uses for land that used to house industrial operations in now-struggling southern New Jersey communities. The other project, which has connections to the Camden one, is to bring a new marine terminal to Paulsboro.

"New Jersey will only be as great as it can be if all of our cities are doing better," Christie said in Camden.

Christie said Holtec's $260 million investment in its research facility and plant would be the biggest one-time private investment ever in Camden, a city of 77,000 near Philadelphia.

It also represents one of the biggest incentive promises the state has ever made.

New Jersey is promising $26 million a year for 10 years in transferable tax credits to the company, with some conditions. It has just four years to open the facility and have 395 employees working there.

To get the full amount each year, the firm must invest at least $260 million, maintain at least 395 employees and stay in New Jersey for 15 years.

The state government calculated that if it provided 395 jobs, the Camden deal would bring back just $156,000 in state and local taxes more than the amount of the subsidy over its first 35 years.

Kris Singh, the founder, president and CEO of Holtec, said he expects to have about 2,000 workers in a manufacturing facility and 1,000 engineers in five years. "Maybe you will be able to say that nuclear power's rebirth began in Camden," he said at the event.

He also said the company would set up an apprenticeship program for local high school graduates and disabled veterans similar to the one it has in it Turtle Creek, Pennsylvania, plant.

Singh said the incentives New Jersey offered were about as good for the company as it was in line to get if it put the operations in Charleston, South Carolina. But he said Camden had an advantage because the company already has more than 200 workers in an engineering facility in nearby Marlton. Not all of them would have been willing to move to South Carolina, he said.

Singh also said that George Norcross, a Democratic powerbroker who sits on Holtec's board, pushed for the move to Camden but did not do any deals to make it possible.

As another component of the arrangement, Holt Logistics Corp. agreed to give up port operations on 50 acres that Holtec will use in Camden. In exchange, Holt is getting the contract to run logistical operations at the port being built in Paulsboro.

That facility, on a remediated former oil tank field also along the Delaware River, is expected to open by early 2016.