There used to be more than 150 cigar factories here, but that was a long time ago. Political events that include the U.S. trade restrictions with Cuba caused some to close. Changing public attitudes about tobacco caused others to lock their doors for good. 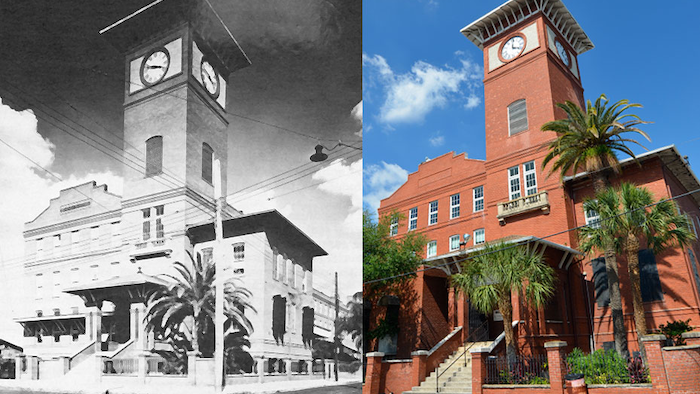 There used to be more than 150 cigar factories here, but that was a long time ago. Political events that include the U.S. trade restrictions with Cuba caused some to close. Changing public attitudes about tobacco caused others to lock their doors for good.

There is only one still in business, the J.C. Newman Cigar Co. on North 16th Street in Ybor City. The company dates back 119 years to when Julius C. Newman — he went by the initials J.C. — founded his cigar-making operation in Cleveland.

The company moved to its current location in 1954, into the abandoned Regensberg cigar factory. Newman's 130 employees use amazing old machines from the 1930s to produce thousands of cigars every day.

Those are shipped to all 50 states and 81 countries.

"We are the last of the Mohicans, so to speak," company President Eric Newman said.

Proposed regulations from the Food and Drug Administration could end that, though. Essentially, the FDA proposes treating cigar manufacturers such as J.C. Newman the same as cigarette giants.

Among other things, it would require FDA approval before a company could add a new size, shape or brand. The company says the FDA estimates a manufacturer would spend about 5,000 hours testing each new product before it could even apply for approval.

The effect of those and other proposed restrictions could be to increase costs so much that Tampa's last cigar factory would close.

"New products are the lifeblood of any industry," Newman said. "If it becomes too expensive to create a new product, we can't stay in business."

So the company is fighting back, and it has some powerful bipartisan political allies in the battle to win an exemption from the proposed regulations.

"Nothing is more Tampa than the Newman cigar factory," Democratic U.S. Rep. Kathy Castor said. "I'm not going to stand for this, and I think we have a good chance to win."

"I think something like this is the government interfering where the government shouldn't interfere," Republican U.S. Rep. Dennis Ross added. "We're talking about an industry that is the foundation of Tampa. I'm just sorry we have to file legislation and say to the FDA, 'You can't do that.'"

This issue goes back to 2009, when Congress gave the FDA control over tobacco products. The agency has been particularly focused on discouraging minors from smoking.

"If this was about cigarettes, I would agree with the aim of what they're trying to do," said Bobby Newman, the company's executive vice president. "I don't like cigarettes either."

But the Newmans argue theirs is a premium product with a limited audience. They define a "premium" product as 100 percent tobacco (no fillers), a larger size than the kind of cigars you might find in a convenience store, and no tip.

The FDA proposed saying a premium cigar had to cost at least $10, which many Newman cigars don't. That definition of what makes a premium cigar is at the heart of the issue. The Newmans say it's not as much about price as it is how the cigar is made. Indeed, a trip through their factory is like time travel.

Workers still operate machines that were used in the 1930s. That may sound archaic by today's standards, but the Newmans insist it's another thing that makes them different from the giant cigarette manufacturers.

The proposed bills would override FDA rules and help companies such as Newman survive, but they have a slim chance of becoming law this year. That will not be the end of the fight, however. The FDA has extended the chance for public comment until Aug. 9, and it could be at least a year before any new rules would take effect.

On Monday, the company plans to cover El Reloj, its iconic 104-year-old clock tower that is easily visible from Interstate 4, with a giant banner to bring attention to this issue. There is further information on the website www.savecigarcity.com .

Ross promises the issue isn't going away no matter what the FDA does.

"It's one thing to say you can't go out into a public restaurant and smoke," he said. "I support that. I'm glad when I go out to eat, I don't have to smell cigarette smoke.

"It's another thing to say you can't go on your own patio and smoke a cigar. That's when you become the nanny state. We don't want that."