GE CEO Jeff Immelt said in a statement that the global economic environment remained "volatile" but that investments in large infrastructure projects being made around the world provided opportunities for growth. 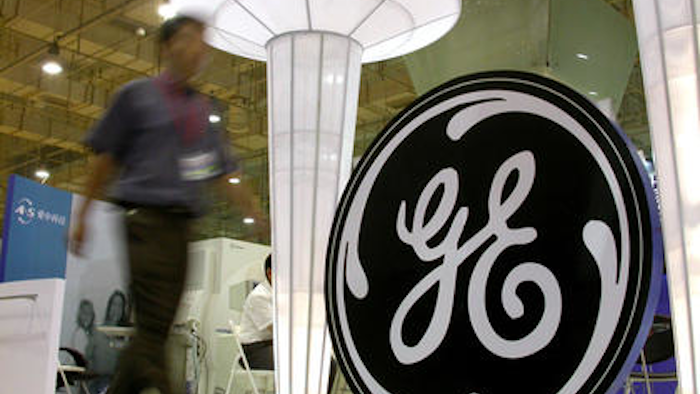 The industrial heart of General Electric, the company's new focus, posted lower revenue and earnings in the first quarter amid an enormous overall loss resulting from its recently-announced sale of most of the assets in its finance subsidiary.

Net income from the part of GE that the company will retain after the sale fell 5 percent to $3.1 billion, the company said Friday. Adjusted earnings per share fell 6 percent to 31 cents, a penny better than analysts polled by Zacks Investment Research expected, on average.

GE CEO Jeff Immelt said in a statement that the global economic environment remained "volatile" but that investments in large infrastructure projects being made around the world provided opportunities for growth.

GE announced last week it would sell most of the assets in its GE Capital subsidiary, the latest and most dramatic move by the company to transform itself into a more focused industrial conglomerate that makes large, complicated equipment for other businesses.

"This is the plan for the future of GE as a fast-growth, high-tech industrial company," Immelt said in a statement Friday.

Costs and charges associated with the sale totaling $14.1 billion pushed the company to an overall loss of $13.57 billion in the quarter, down from a profit of $3 billion during last year's first quarter. On a per-share basis, the company lost $1.35.

The slump in global oil and gas prices reduced revenue at the company's oil and gas division by 8 percent, while profit fell 3 percent. Profit also declined in the company's power and water division, which makes power generators and equipment, along with water treatment equipment.

GE shares slipped 18 cents to $27.10 in trading two hours before the market opened. GE shares have risen 8 percent since the beginning of the year, while the Standard & Poor's 500 index has risen 2 percent.