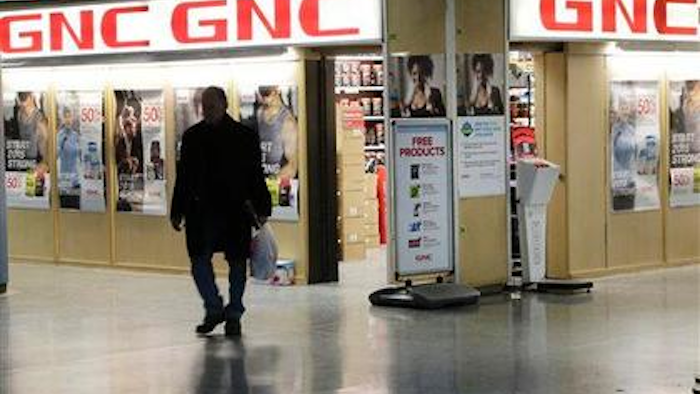 Three weeks after ordering four major retailers to pull store-brand herbal supplements off their shelves following DNA tests that found little or none of the listed herbs, New York's attorney general is targeting manufacturers of the popular products.

None of the companies initially responded to requests for comment.

"The scientific community, public health officials, and others have raised serious doubt about the steps taken to ensure the safety and efficacy of the herbal dietary supplements taken daily by millions of Americans," Schneiderman said in his letter. "As part of a broader investigation, NYAG is reviewing the sufficiency of the measures manufacturers and retailers are taking to independently assess the validity of their representations and advertising in connection with the sale of herbal supplements."

Earlier this month, Schneiderman announced that DNA barcoding tests commissioned by his office on six popular herbal supplements found that of hundreds of bottles tested, 4 out of 5 contained none of the herbs listed on the labels. The supplements included ginseng, touted as an energy booster; Echinacea, marketed as a cold remedy; St. John's Wort, used for depression; and ginkgo biloba, used for memory problems.

Consumer groups focused on exposing fraud in the supplement industry criticized Schneiderman's use of DNA tests without additional chemical analysis, saying many products that use extracts of a plant's active ingredients would not test positive for DNA but could still be effective. The same criticism was leveled by dietary supplement industry groups.

The information requested from the manufacturers could provide more definitive evidence of what's really in the pills and capsules. Among other things, Schneiderman wants documentation of:

— The name, concentration, country of origin, and any extraction method used for each component of the supplement;

— A description of analytic testing used to confirm the content and quality of any ingredient as well as the finished product;

— A detailed description of measures taken to ensure quality across the supply chain from farm to factory;

— Testing done to substantiate label claims such as "gluten free" or "hypoallergenic;"

— Copies of all documents related to adverse health consequences, including allergic reactions.

The attorney general wants the information by March 13.

"It's important for both retailers and manufacturers to verify the contents of the products they sell so consumers can be protected against deceptive claims on packaging, and against potentially dangerous reactions to undisclosed ingredients," Schneiderman's spokesman Matt Mittenthal said.

About 65,000 dietary supplements are on the market, consumed by more than 150 million Americans, according to a 2013 Canadian government study. The American Botanical Council estimates U.S. sales of herbal supplements came to $6 billion that year.

Daniel Fabricant, executive director of the Natural Products Association, an industry trade group, said the information requested by Schneiderman is available to the Food and Drug Administration when it inspects these firms.

"I don't know why the taxpayers of New York think it's a good idea for their attorney general devote resources to something that's already covered by the federal government," said Fabricant, former director of the division of supplement programs at the FDA. "I can tell you, I was there, they weren't shy about taking action."

According to the FDA website, there is no regulation that requires a firm to disclose to FDA or consumers the information they have about the safety or purported benefits of their dietary supplement products. The manufacturer is responsible for ensuring the ingredient list is accurate. The FDA can take action against supplements only after they are proven to be unsafe.

Schneiderman says lax oversight of supplements can have serious public health consequences, noting a 2013 hepatitis outbreak traced to a tainted diet supplement and the death of a baby at a Connecticut hospital after doctors gave the child a probiotic supplement later found to be contaminated with yeast.