Food Scares Take A Bite Out Of McDonalds' Sales

Food-quality scares are hurting McDonald's in China and Japan, where weakness contributed to a key global sales figure falling 1.8 percent. The world's largest hamburger chain said sales dropped 12.6 percent in January at locations open at least 13 months in the division that includes the Asia region. That overshadowed a 0.4 percent rise at U.S. locations... 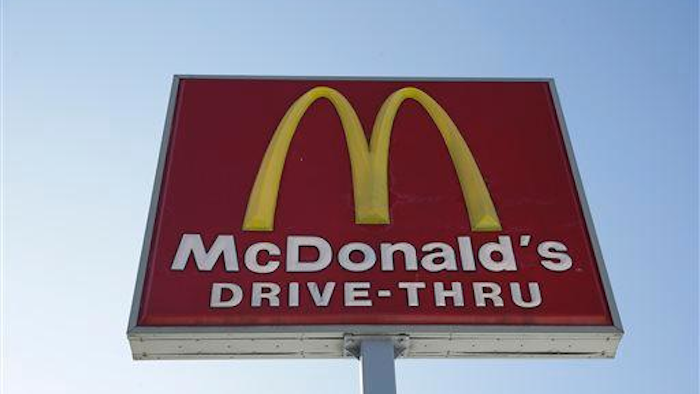 Food-quality scares are hurting McDonald's in China and Japan, where weakness contributed to a key global sales figure falling 1.8 percent.

The world's largest hamburger chain said sales dropped 12.6 percent in January at locations open at least 13 months in the division that includes the Asia region. That overshadowed a 0.4 percent rise at U.S. locations and a comparable 0.5 percent increase in Europe.

McDonald's Corp. said its performance in Asia was hurt by customer perception issues in Japan, where a human tooth, plastic pieces and other objects have been found in its food. In China, McDonald's is trying to recover from the ongoing fallout from another food-safety scandal.

Over the summer, an undercover TV report in the country showed one of McDonald's major suppliers repackaging meat that was alleged to be expired. The claim has not been publicly confirmed by the supplier or the government. But the plant stopped operations, and many of McDonald's restaurants in the country were left unable to sell burgers, chicken nuggets and other items. The chain's reputation took a hit as well.

Chief Financial Officer Peter Bensen said during a January conference call that McDonald's estimates it will take at least three to six more months for its business in China to return to normal. He said worsening perceptions are expected to hurt Japan's results for "the foreseeable future."

Back in the U.S., McDonald's said breakfast items performed well but that it was offset by tough competition. The chain is dealing with competition on a number of fronts, including convenience stores that are selling more food and smaller chains such as Chipotle that market themselves as being of higher quality.

The rise in Europe reflected strength in the U.K. and Germany largely offset by softness in France and Russia.

As it struggles to fix its business, McDonald's Corp. said late last month that it was replacing CEO Don Thompson with Steve Easterbrook, its chief brand officer.

The announcement came after McDonald's reported a drop in its fourth-quarter earnings and sales and said it was making major changes in 2015 to win back customers. The company said it will cut down new restaurant openings in certain markets. It's also simplifying its menu and looking to offer customers more ways to customize their burgers and giving them multiple ways to order, such as at a self-order kiosk or with a mobile device.

McDonald's has more than 36,000 locations in more than 100 countries. Its stock shed 83 cents to $93.16 in premarket trading about an hour before the market open.