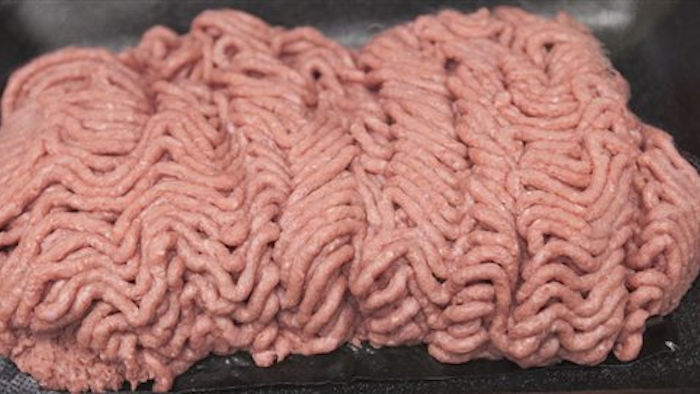 Beef Products Inc. sued American Broadcasting Companies Inc. and ABC News Inc. for defamation in September over its coverage of a meat product the company calls lean, finely textured beef but that critics dubbed "pink slime." The meat processor claims the network damaged the company by misleading consumers into believing the product is unhealthy and unsafe. BPI is seeking $1.2 billion in damages.

On Wednesday, U.S. District Judge Karen Schreier ordered the case back to the circuit court in Union County.

Erik Connolly, a lawyer for BPI, said the company is looking forward to presenting its case.

"We originally filed the case in state court because that was the proper jurisdiction," Connolly said in an email. "The Court's decision confirms we were correct."

Lawyers for ABC wanted the suit moved to federal district court in South Dakota because it said the parties involved are all from different states. A lawyer for the broadcasting company did not immediately respond to a request for comment.

In order for the federal court to take a case under the concept of diversity jurisdiction, none of the defendants must hold citizenship in the same state where any plaintiff holds citizenship.

ABC argued that BPI Technology and Freezing Machines are not true parties, but BPI argued that all three companies have a stake in making the beef product.

Schreier ruled that BPI Technology is a real party, and because it and ABC are both Delaware corporations, there is no diversity.

"Because BPI Tech is alleging that defendants defamed BPI Tech, the court finds that BPI Tech is entitled to enforce its defamation claims and is a real party in interest," Schreier wrote.

BPI officials have long insisted that the product is safe and healthy, and blamed the closure of three plants and roughly 700 layoffs on what they viewed as a smear campaign.

Lawyers for ABC News, in a motion to dismiss filed last year, argued that although the term "pink slime" may come across as unappetizing, it is not incorrect. Lean, finely textured beef is both pink and — like all ground beef — has a slimy texture, they argued.