As airlines prepare to begin flying Boeing's beleaguered 787 Dreamliners again, federal investigators are looking at how regulators and the company tested and approved the plane's cutting-edge battery system, and whether the government cedes too much authority to aircraft makers for safety testing. 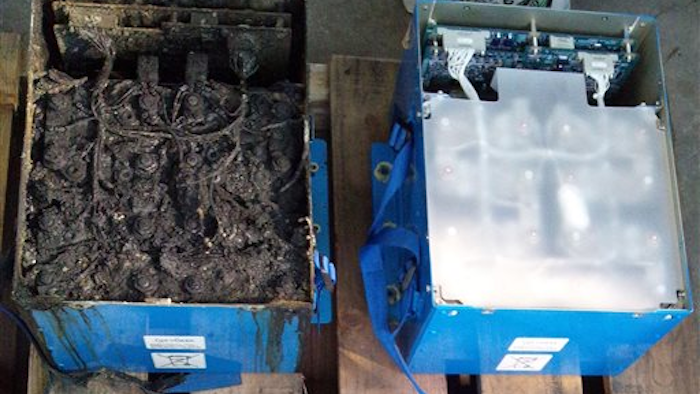 WASHINGTON (AP) -- As airlines prepare to begin flying Boeing's beleaguered 787 Dreamliners again, federal investigators are looking at how regulators and the company tested and approved the plane's cutting-edge battery system, and whether the government cedes too much authority to aircraft makers for safety testing.

Federal Aviation Administration and Boeing officials were scheduled to testify at a two-day hearing of the National Transportation Safety Board beginning Tuesday. The board is asking how problems with the aircraft's lithium-ion battery system that led to a fire aboard one plane and smoke in another escaped the notice of regulators and company officials who certified the plane's safety.

To save manpower, the FAA designates employees at aircraft makers to oversee the safety testing of new planes. Every item that is part of an airplane, down to its nuts and bolts, must be certified as safe before the FAA approves that type of plane as safe for flight. Boeing won FAA safety certification for the 787 in August 2011.

"In a way, the designee system is admitting the FAA doesn't have the manpower to do what is required, and also that they may not have the expertise," said John Goglia, a former NTSB board member and aviation safety expert.

The FAA has used designated company employees to oversee and validate some safety testing for more than two decades, a practice critics complain has inherent conflicts of interest. The agency significantly expanded its use of designees in recent years under pressure from manufacturers, who complained it was taking the agency too long to approve new planes because they didn't have enough staff.

"If industry had to wait for government employees to be available to do the testing" and to develop enough technical knowledge to assess new aviation technologies, "we would just never get any products certified," Goglia said.

Boeing did some of the safety testing on the 787 battery system, but much of the testing was done by a subcontractor, Thales of France, which made the 787's electrical system, and by battery maker GS Yuasa of Japan, according to a previously released NTSB report. The testing concluded there was no chance that short-circuiting would lead to a fire, and the odds of a smoking battery were one in every 10 million flight hours.

Instead, there were two battery failures when the entire 787 fleet had clocked less than 52,000 flight hours. The first was on Jan. 7 aboard a Japan Airlines 787 parked at Boston's Logan International Airport shortly after landing following an overseas flight. Firefighters reported two small flames and dense clouds of white smoke streaming from the battery. It took over an hour before they declared the incident under control.

Nine days later a smoking battery aboard an All Nippon Airways 787 led to an emergency landing in Japan. The Federal Aviation Administration ordered all U.S.-registered 787s grounded the same day, and aviation authorities in other countries swiftly followed suit.

The NTSB, which is investigating the Boston incident, hasn't yet determined the root cause of the fire and may never be able to do so. The insides of the battery were severely charred, leaving few clues for investigators.

Boeing has since developed and tested a revamped version of the battery system, with changes designed to prevent a fire or to contain one should it occur. FAA officials approved the revamped batteries last week and agreed to lift the grounding order. The company has been working furiously to install the new system on the 50 Dreamliners in service worldwide. Boeing has orders for 840 of the planes from airlines around the globe.

What the NTSB uncovers regarding the FAA's safety certification program could have important implications for the agency's ability to handle other technology challenges, including the transition to a new air traffic control system and the introduction of unmanned aircraft into the national airspace, said Jim Hall, a former safety board chairman.

"It's important to know that the government has oversight capability," Hall said. "Our aviation safety, which is unparalleled at the moment in the world, has been built on having active oversight by the FAA."