Bangladesh's government is investigating allegations that the sole emergency exit was locked at a garment factory where a fire killed seven women. The fire Saturday at the Smart Export Garment Ltd. factory occurred just two months after a blaze killed 112 workers in another factory. 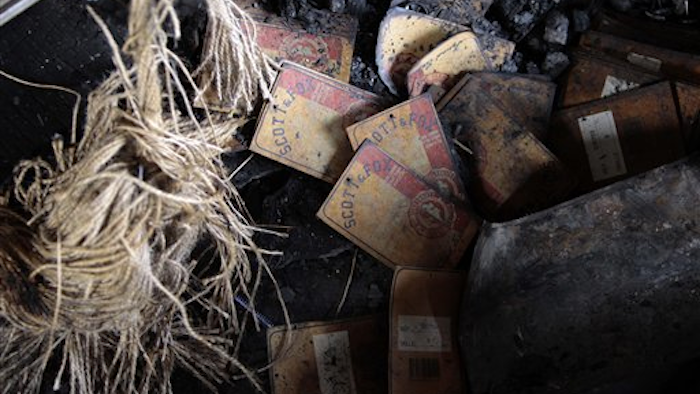 DHAKA, Bangladesh (AP) -- Bangladesh's government is investigating allegations that the sole emergency exit was locked at a garment factory where a fire killed seven women.

The fire Saturday at the Smart Export Garment Ltd. factory occurred just two months after a blaze killed 112 workers in another factory, raising questions about safety in Bangladesh's garment industry, which exports clothes to leading Western retailers. The gates of that factory were locked.

Government official Jahangir Kabir Nanak said Sunday an investigation has been ordered into the cause of Saturday's fire and allegations that the emergency exit was locked.

Altaf Hossain, father of a garment worker killed in the latest fire, has filed a police case against three directors of the factory, accusing them of negligence involving the fire, Dhaka Metropolitan Police Sub-inspector Shamsul Hoque told The Associated Press. He said police had begun an investigation.

Doctors said most of the victims died from asphyxiation.

"When I tried to escape through the emergency exit I found the gate locked," factory worker Raushan Ara was quoted as saying by Dhaka's Prothom Alo newspaper.

The newspaper said at least 50 people were injured in a stampede triggered by the fire, and six of them were hospitalized.

Some of the injured jumped out of the windows of the two-story factory, survivors said.

Dhaka Metropolitan Police Deputy Commissioner Monzurul Kabir said the bodies of seven women were recovered from the top floor of the factory. He said the factory was making pants and shirts, but could not provide further details.

Volunteers joined firefighters in battling the fire as a large crowd gathered outside the factory awaiting word on the fate of relatives. Family members were seen crying near the body of a female worker named Josna, who was 16.

About 250 workers were working at the time of the fire, newspapers said.

It was not immediately known if the factory produced garments for any international companies. The owner was not available for comment, and the Bangladesh Garment Manufacturers and Exporters Association said the factory was not a member so it had no details.

Earlier this month, Wal-Mart Stores Inc. alerted its global suppliers that it will immediately drop them if they subcontract their work to factories that haven't been authorized by the discounter. The stricter contracting rule, along with other changes to its policy, come amid increasing calls for better safety oversight after the deadly fire in late November at a factory owned by Tazreen Fashions Ltd. that supplied clothing to Wal-Mart and other retailers. Wal-Mart has said the factory wasn't authorized to make its clothes.

Wal-Mart ranks second behind Swedish fast fashion retailer H&M in the number of clothing orders it places in Bangladesh.

Fires have caused more than 600 deaths of garment workers in Bangladesh since 2005, according to research by the advocacy group International Labor Rights Forum.