The makers of Thomas' English muffins and Tastykake snacks are emerging as two of the bidders for Wonder Bread and other Hostess bread brands as the company tries to sell off its assets under bankruptcy-court oversight, a newspaper reported Saturday. 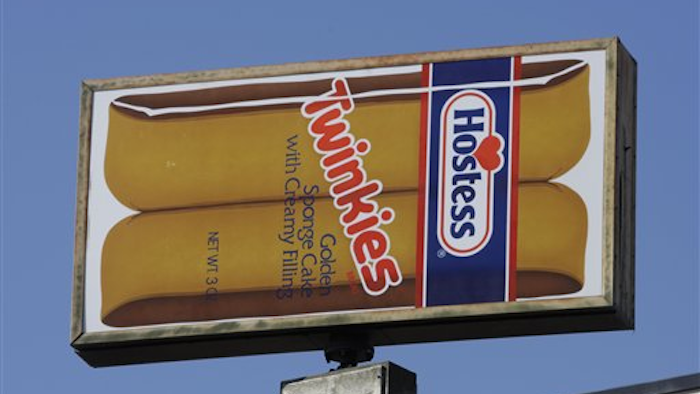 NEW YORK (AP) -- The makers of Thomas' English muffins and Tastykake snacks are emerging as two of the bidders for Wonder Bread and other Hostess bread brands as the company tries to sell off its assets under bankruptcy-court oversight, a newspaper reported Saturday.

The Wall Street Journal said Hostess Brands Inc. could reveal as early as next week that Flowers Foods Inc. and Grupo Bimbo SAB are in discussions to acquire its bread brands, which also include Nature's Pride. The report said the brands could command $350 million.

Hostess, which is based in Irving, Texas, announced in November that it was shutting down its business and selling its bread, snacks and cakes brands along with its 33 bakeries and other operations.

The company's demise came after years of management turmoil and turnover. Workers said the company failed to invest in updating its snack cakes and breads. Hostess filed for its second bankruptcy protection in less than a decade last year, citing steep costs associated with its unionized workforce.

The company was able to reach a new contract agreement with its largest union, the Teamsters, but the bakers union rejected the terms and went on strike Nov. 9. A week later, Hostess announced its plans to liquidate, saying the strike crippled its ability to maintain normal production. In 2011, the company's revenue was $2.5 billion.

Hostess declined to comment, as did Grupo Bimbo's U.S. division, Bimbo Bakeries USA. Bimbo's parent company is headquartered in Mexico. A message left with Flowers Foods, which is based in Thomasville, Georgia, was not immediately returned.

Hostess said in bankruptcy court proceedings in December that it was narrowing down the bids it had received and that it expects to sell off its snack cakes and bread brands to different buyers.

Hostess said in December that it expects to file binding bids for many of its brands this month, followed by a four-week auction process to allow competing bids. Closings for many brands could come as soon as mid-March, according to Joshua Scherer of Perella Weinberg Partners, which is advising Hostess.

An attorney for Hostess said in court in December that 1,100 employees had been retained to shut down plants and perform other tasks as it winds down its operations. The liquidation of the company will ultimately mean the loss of 18,000 jobs, not including those shed in the years leading to the company's failure.