A Republican-backed report said the losses from Solyndra's bankruptcy would have been much lower if the administration had prevented a loan restructuring. 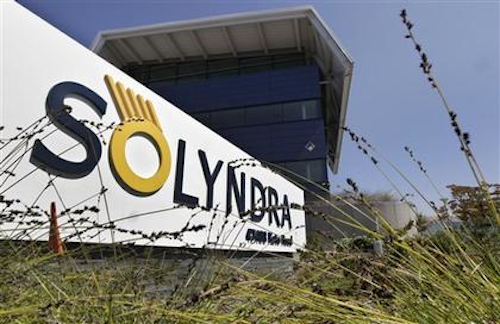 WASHINGTON (AP) — Republicans investigating the government's investment in a bankrupt solar panel manufacturer have concluded that the Obama administration ignored numerous red flags about the company's financial viability, leaving taxpayers on the hook for more than $500 million.

For months, Republican lawmakers have made the government's loan to California-based Solyndra Inc. the centerpiece of their criticisms of President Barack Obama's $787 billion economic stimulus package. The release of the report Thursday by the House Energy and Commerce Committee gave them another opportunity to reinforce that message.

The White House countered that the report showed that none of the accusations that Republicans had made about political interference in approving the loan turned out to be true. Democrats on the committee also released a memorandum taking issue with the findings.

"The Republican report is partisan and one-sided. It does not substantiate the primary allegation that motivated the committee's Solyndra investigation, which is that the loan guarantee decision was a form of political payoff to a campaign contributor," the Democratic memo said.

The Energy and Commerce investigation lasted 18 months and included the review of more than 300,000 pages of documents. Backers of the loan have said competition from Chinese solar-panel manufacturers was a major factor in Solyndra's failure. The report said White House Office of Management and Budget staff was aware that China's effort to penetrate the U.S. market could hurt Solyndra.

An email from an OMB reviewer in August 2009 said pricing pressures from China "raise concerns about how strong Solyndra's position will be in the face of rising competition."

The reviewer had requested to his supervisor that the Solyndra loan be postponed, the report said.

The committee said federal workers also identified risks when the Energy Department and OMB reviewed a restructuring of the loan in late 2010 and early 2011, but the agencies allowed it to move forward anyway.

Solyndra filed for bankruptcy protection in September 2011. Lawmakers estimated that the government could have saved hundreds of millions of dollars if officials had decided to cut the government's losses rather than to restructure the loan.

"Solyndra was a mistake that would have been much smaller if, in fact, career professionals had not been overruled," said Rep. Darrell Issa, R-Calif., the chairman of the House Oversight and Investigations Committee, which had held hearings on the Solyndra case.

But the committee's Democratic staff said Republicans were twisting internal debates among reviewers into evidence of mismanagement. In the end, decisions were made based on merit after extensive consideration of the company's prospects, they said.

"Some of the decisions were difficult decisions, but they were thoroughly debated within the administration, as they should be," the Democratic memo said.

The White House raised questions about the cost of the investigation and said Republicans should be focused on jobs and legislation that would let more homeowners refinance their mortgages.

"This was a merit-based decision and the president overwhelmingly believes it was the right decision to invest in clean energy technologies in this country," White House spokesman Jay Carney told reporters traveling with the president to Florida on Air Force One.