The Seattle City Council unanimously passed an ordinance Monday that would give the city the highest minimum wage in the nation — $15 per hour. According to a study by the University of Washington there is debate over whether the wage increase is a smart way to reduce poverty. 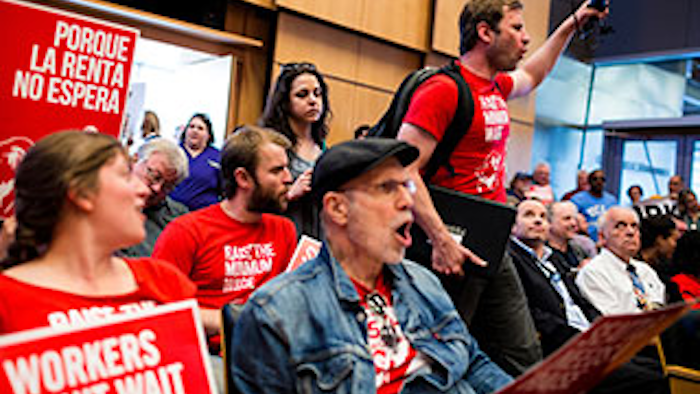 The Seattle City Council unanimously passed an ordinance Monday that would give the city the highest minimum wage in the nation — $15 per hour, which will be phased in over several years, with a slower process for small businesses. The plan gives businesses with more than 500 employees nationally at least three years to phase in the increase. Those providing health insurance will have four years to complete the move. Smaller organizations will be given seven years.

According to a study by the University of Washington, published by The Seattle Times, there is debate over whether the wage increase is a smart way to reduce poverty.

“Critics say a big problem for poor families is the lack of full-time, year-round work, and what they really need are jobs, not a minimum-wage increase,” said the March, 2014 article.

“Supporters of a $15 minimum wage counter that it would raise family incomes after a decade of stagnant pay and improve living standards for the working poor.

In fact, 40 percent of Seattle’s minimum-wage earners live in families at or below the federal poverty level — even if only 8 percent receive food stamps and 2 percent are on welfare, according to the report.”

And despite last night’s vote to move forward, the debate rages on. Here are some of the alternating viewpoints in this national conversation:

Hanauer goes on to defend the measure, citing Australia as a specific case where a high minimum wage did not lead to economic catastrophe. “In Australia, the minimum wage is $17, and unemployment is half of ours…. And they have McDonald’s, too. Most people think that this $15 thing in Seattle is some insane, risky policy departure. That we’re putting our entire economy at risk. You have to remember what few people see — we’re already paying wildly higher wages than other places — $9.32.”

Where do you sit on the spectrum? Leave your comments below.