Robots Are Not The Enemy

It has become a popular meme that “robots are destroying our jobs.” How else do we explain today’s persistent high unemployment? But this notion that technology, automation and productivity lead to fewer jobs and higher unemployment is simply wrong. First, there is no logical relationship between job growth and productivity. 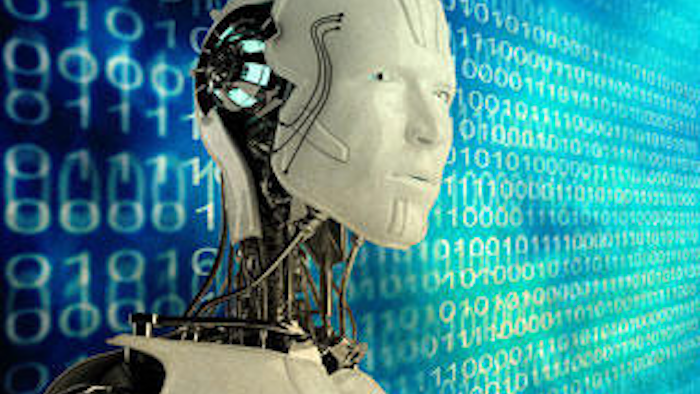 The reality is that, far from being doomed by an excess of technology, we are actually at risk of being held back from too little innovation.

It has become a popular meme that “robots are destroying our jobs.” How else do we explain today’s persistent high unemployment?

While scores of pundits and analysts have made this claim in the last couple of years, perhaps no one has done more to popularize this theory than MIT scholars Erik Brynjolfsson and Andrew McAfee, authors of the widely cited e-book, Race Against The Machine. They argue workers are, “losing the race against the machine, a fact reflected in today’s employment statistics.”

To drive their thesis home, Brynjolfsson and McAfee point to the fact that after WWII productivity and employment lines increased in tandem, but beginning in 2000, the lines diverged, productivity continued to rise robustly but employment suddenly wilted. Aha, ipso facto. Here’s the problem, they claim.

But this notion that technology, automation and productivity lead to fewer jobs and higher unemployment is simply wrong. First, there is no logical relationship between job growth and productivity. From a macro perspective, a nation could have high productivity but if they also have a declining workforce, the employment rate will rise. Or, in a micro example, if a firm uses the profits gained from higher productivity to hire more workers, employment will also increase.

In Brynjolfsson and McAfee’s example of U.S productivity and employment after 2000, a closer analysis shows that the reason why job growth slowed was largely demographic. The number of adults in the workforce (employed and unemployed) grew 18 percent in the 80s, 13 percent in the 90s but just 8 percent in the 2000s as baby boomers got older and women’s entrance into the workforce peaked.

Second, there is also little relationship between productivity and unemployment. If “robots” really are the cause of today’s sluggish job growth, then productivity should have increased since 2008. In fact, from 2008 to 2012 productivity growth averaged only 1.8 percent per year, while from 2000 to 2008 it averaged 2.6 percent while we had close to full employment.

More fundamentally, Brynjolfsson and McAfee mistakenly consider only first order effects of automation where a machine replaces a worker. However, there are also second order effects that must be considered when evaluating the true impact of technology on jobs. Consider an organization that implements automation leading to cost reductions. Those dollars flow back into to the economy either through lower prices, higher wages for remaining workers, or higher profits, which in turn stimulates demand that leads to employment increases in other sectors. And for anyone who says that people wouldn’t be able to find things to spend their money on, just go to a shopping mall and give the average shopper $25,000. They will clearly find lots of things to spend it on.

It should also be pointed out that virtually all economic studies analysing the relationship between productivity and jobs found either no impacts or positive impacts on total jobs in the moderate term. As the OECD has stated:

Historically, the income-generating effects of new technologies have proved more powerful than the labor-displacing effects: technological progress has been accompanied not only by higher output and productivity, but also by higher overall employment.

But wait, isn’t it different this time? Just look at all the new cool technologies ready to take away our jobs: driverless cars, artificial intelligence, and of course, robots.

But this time is actually not different. New innovations being introduced will largely boost productivity in information-based functions or routinized functions, but not jobs that involve interacting with people (e.g., nursing homes, police and fire) or doing non-routine physical tasks (e.g., construction or janitorial services). In addition, new technological growth will create new industries and business models that will promote economic and job growth across the board.

The reality is that, far from being doomed by an excess of technology, we are actually at risk of being held back from too little innovation. As we argue in Innovation Economics: The Race for Global Advantage it’s a lack of innovation and technical capacity that is responsible for America’s stagnate economic fortunes and the loss of competitive advantage to our global competitors.

To address this we need to expand our innovation ecosystem, boost productivity and develop new technologies and processes that can help us better compete globally. Rather than fearing technology we actually need a lot more of it. So bring on the robots, now!

Robert Atkinson is the President of the Information Technology and Innovation Foundation.

This piece was originally published on Ideas Lab, a partnership between GE and Atlantic Media Strategies, a division of Atlantic Media.