Are Robots The Future Of Manufacturing?

How will automation affect manufacturing jobs? Managing editor Rachelle Blair-Frasier recently had the opportunity to attend the Robotiq User Conference which featured several interesting keynote speakers who discussed how automation is affecting manufacturing. 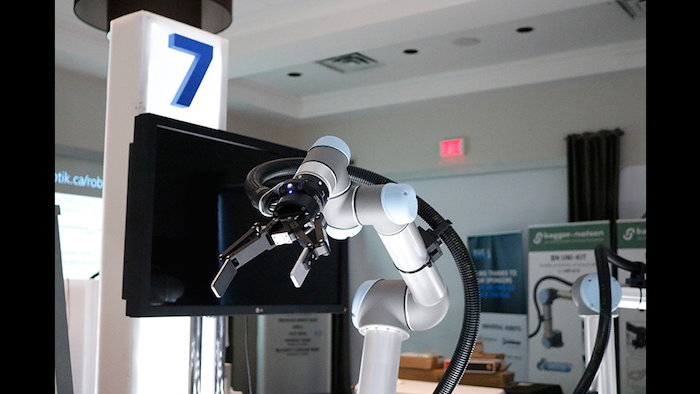 A hot topic in IMPO’s world is manufacturing jobs — those that are created, retained and even those lost. I’ve heard it more times than I can count — mostly by those not in the manufacturing industry — that all the jobs are being lost through outsourcing.

However, the numbers just don’t show that to be the case. In fact, a 2017 study from Ball State University found that only 13 percent of manufacturing job losses could be attributed to trade. The rest were lost to automation.

So how will automation affect manufacturing jobs? I recently had the opportunity to attend the Robotiq User Conference held in Quebec City. Robotiq is an industrial equipment supplier that provides plug-and-play robotic components and software to help improve productivity and efficiency for manufacturers using robotics. The conference featured several interesting keynote speakers who discussed how automation is affecting manufacturing. Despite the doom and gloom that is often heard in news reports on the topic, these speakers were quite optimistic.

Esben Østergaard, founder of Universal Robots, said it isn’t about man or machine, or man versus machine; it is about man and machine. 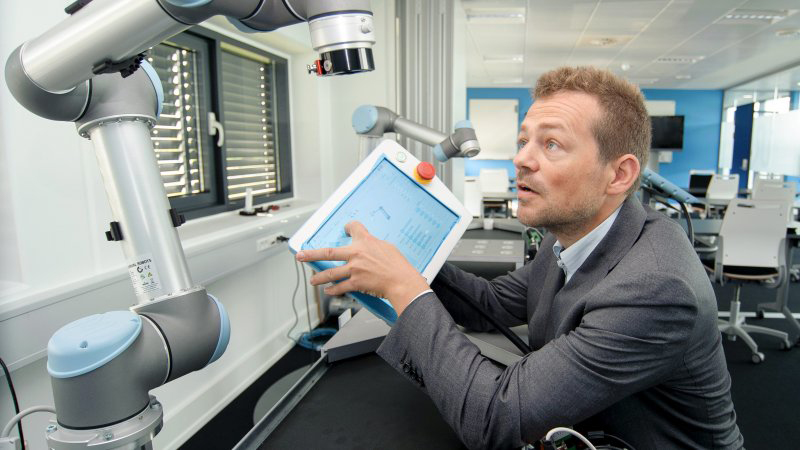 “We believe a robot is a tool that help companies get more out of their employees rather than this machine behind a fence that takes jobs,” he said.

Universal Robots may not have been the ones to coin the term “cobots” — short for collaborative robots — but their goal to design a robot that was easily programmable, safe for employees to work with and easy to move around redefined the,robotics space.

Instead of looking at automation as something scary that could take away jobs, manufacturers can embrace the new technology as a way for employees to be more productive.

“Imagine if you had to put in screws on a table all day long with a traditional screwdriver, then someone came along with an electric screwdriver. You could say it is taking away work from you but no one would see it thatway. They would see it as a tool; you can do more screws and it is more efficient,” Østergaard said. “That's what we are trying to do with our robots.”

During the user conference, I had the opportunity to talk with those entrenched in robotics about the reaction they’ve seen in the industry regarding automation. They all had different stories but all had the same theme. At first, manufacturers and workers were worried or scared of the robots being installed. But, after seeing what they can do, and how the employees and robots can work collaboratively, safely and more productively, the fear went away. Many even give their robot coworkers names.

While the dream of having robots do all the mundane tasks around our homes — a la Rosie from the Jetsons — is in the distant future,it looks like technology is moving in the right direction to help manufacturing workers.