Georgie Strait discusses the six environmental, health and safety regulatory predictions that could be expected under Trump's presidency. 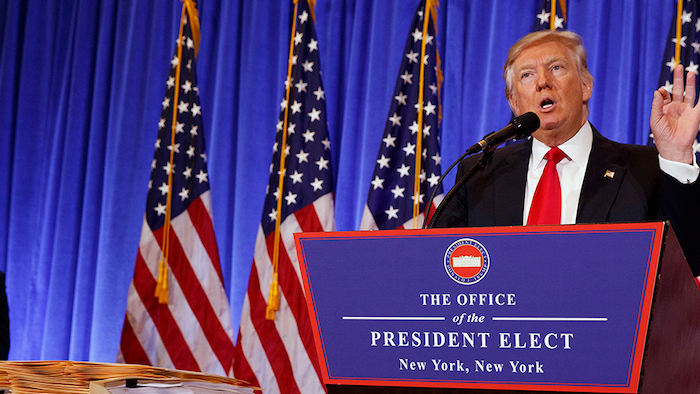 What 6 Environmental, health and safety (EHS) regulatory predictions can we ‘expect’ under a Trump presidency?

The process to withdraw, as mandated by international law, would take at least four years. But the way the agreement is structured means that while each country is obliged to curb warming, they maintain authority over how to do so.

OSHA enforces the whistleblower provisions for approximately 22 statutes. Whistleblower claims demand a significant amount of OSHA’s resources because of this. Trump may attempt to eliminate OSHA’s jurisdiction over many of these statutes, heighten the threshold for a claimant to establish a whistleblower claim, or both. These changes would allow OSHA to focus on high-hazard industry enforcement, accident/fatality inspections, and safety outreach/consultations with employers.

The Fair Pay and Safe Workplaces Executive Order requires prospective federal contractors to disclose labor law violations and OSHA citations when bidding on certain projects. President Trump will likely repeal this order prior to its implementation in late 2017, as such repeal will not require Congressional action.

4. Goodbye To The Clean Power Plan

The EPA’s Clean Power Plan has been especially important in the global warming debate. It was first established by Obama to stop carbon pollution from power plants. Trump finds this plan unfit due to its expense and top-down restrictions. It’s expected Trump will fulfill his campaign promise to retract the Clean Power Plan immediately upon taking office. Though he may extend an olive branch to people concerned about global warming by offering alternative policies that address carbon dioxide emissions in a more affordable, fair, free-market manner.

This standard has drawn criticism from many industry and business groups, which claim that key components of the standard, including monitoring of respirable silica levels by a competent person and medical examinations for workers, are burdensome and that compliance is nearly impossible. The Trump Administration could re-open the rule-making process for this standard and revise it.

It would be difficult to predict exactly which of these or other regulatory and compliance changes will arise. But, we do know there will be changes. In the face of uncertainties, we believe that industries should prepare for EHS compliance readiness to avoid abrupt changes to their business processes and the resulting confusion for employees. Investing in regulatory and compliance software can help achieve sustainable, productivity-centric processes that deliver business performance. The return on investment is a safer, healthier, more environmentally friendly and sustainable business — while saving money and enhancing employee satisfaction & business reputation.

This blog originally appeared here on the Gensuite website.