The last revision of safety requirements for industrial robots was released in 2011, and it didn’t address collaborative robots in detail. 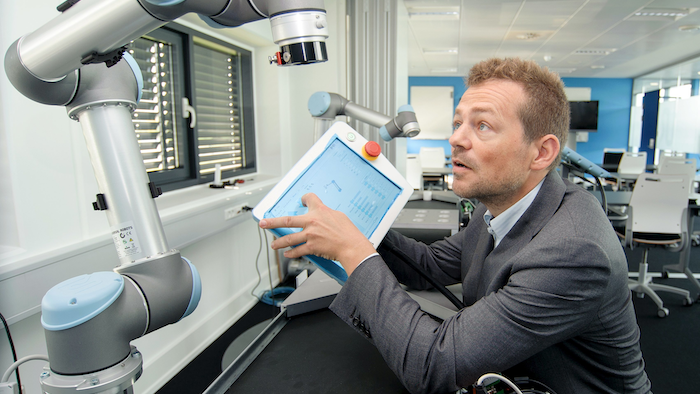 While cobots — with built in force limiting, speed, power and momentum limiting functions — don’t require as strict a set of safety protocols as their heavier counterparts, there is only one established standard which applies to all robots.

“It is actually kind of outdated,” says Universal Robots founder Esben Østergaard, a visionary in the world of cobots. “It could be used for these new robots but it is probably overkill in many ways.”

I attended the Robotiq User Conference (RUC) in Quebec City, Canada this past September, where Østergaard addressed the crowd with a speech about the shift from traditional human-machine relationships to one of collaboration.

The last revision of safety requirements for industrial robots was released in 2011, and didn’t address collaborative robots in detail. For the last few years, an International Organization for Standardization (ISO) committee has been working on ISO/TS 15066, a supplement to ISO 10218 that includes safety standards for cobots. The standard describes the different collaborative concepts and design and risk assessment requirements.

Østergaard compared the slow adoption of robotics to what happened when the car was first introduced to England in 1861: the government enacted red flag laws requiring a pedestrian to walk in front of the vehicle carrying a red flag or a lantern warning passersby.

“And of course, that takes away all the benefit of the technology,” Østergaard says. “But, maybe it was actually required at that time because, if the first car had killed people on the streets of London we would all probably still be riding around on horses.”

Østergaard said the acceptance of new technology can be slow, but maybe that is for the best.

“There’s something to say about the acceptance of technology, because cars are super dangerous, but we need them to be productive,” he says. “Cars are still killing people 150 years later, but every new model that is produced is safer than the one before it. I think the same thing will happen with robots over the next 150 years.”