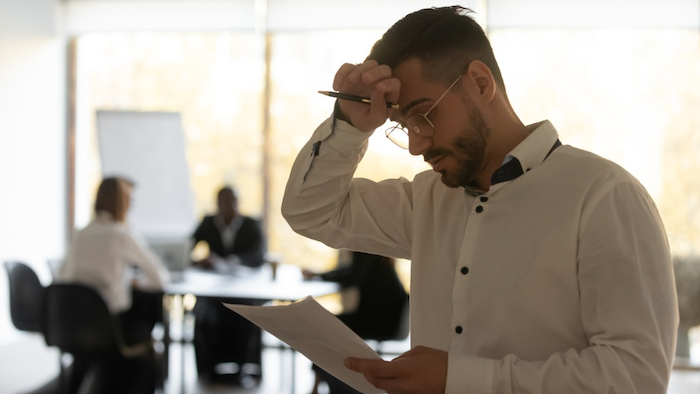 Thomas Edison once said that innovation is one-percent inspiration and ninety-nine-percent perspiration. I would like to revise that a bit, for he seriously understated the perspiration percentage. Last year at PCDworks, my company, we realized that under certain conditions the effort to bring a product to market is terrifyingly difficult, impossible to predict and can take us to the edge of psychological ruin.

For twenty years we have “invented” numerous solutions for more than a hundred different clients. From medical to IoT, military to trucking, food to oil patch; clients have come to us to create solutions to sometimes intractable problems. For the most part, our clients, being big industrial types, have the manufacturing, financial and distribution wherewithal to take our ideas and prototypes and get them to market. However, in the last few years, we have created solutions to problems that we have had to take through manufacturing and out to the customer ourselves. And we did it, with various degrees of success.

Our patented, flow controlling irrigation controller, H2O Flow Pro is in trial distribution and seems to be in great demand; a trucking product we developed is in its first production run that was driven by a national client who saw it on our website and virtually demanded us to finish; and another oil patch product is in the final stages of development. All of these projects taught the inventors, us, hard lessons on the difficulty of bringing things out of the lab and into the marketplace.

H2O Flow Pro technology is a smart system that learns the normal pattern of flow for each zone and then interrupts the logic of normal controllers when inappropriately high or low flows are detected.H20 Flow Pro

However, the difficulties bringing these products to market pale in comparison to the difficulty of an IoT product we are finalizing.

The IoT project started about two years ago with a client not familiar with electronics. The company makes their living by bending steel and welding parts together. The team who hired us knew us as “Sensor Gurus” and we started with our usual immersion session on our campus to try to understand the use cases for their various problems. The problems weren’t specifications as such, but more like complaints, or a wish list.

The first year was devoted to trying to check off problems on the wish list. I laid out a list of 27 separate activities that we were working on, from developing sensing methods to selecting and testing some of the bleeding-edge IoT technologies we had found. All of this was accomplished without being allowed to talk to actual end users or having real specifications.

Development began last September after the invention phase was completed. Despite weekly scope changes from the client and end user,, the architecture and physical forms of the device took shape and the software, which is always the bugaboo of complex devices, was outlined and the multiple phases to completion planned out.

It was at that point that the major issue, which is still unresolved, came to the fore. These devices are to be used in very nasty environments. They are battery powered and solar recharged, in the most dangerous explosive gas and dust environments possible. This meant the involvement of a Nationally Recognized Testing Laboratory (NRTL). While we didn’t use them, Underwriters Laboratory is the most well-known NRTL.

The end user said that equipment not NFP Class 11, Division 1 compliant wouldn’t be allowed on their sites. This meant that the devices had to permanently exist and operate in an explosive gas and dust environment: They must be intrinsically safe.

As you might guess, the rules for such devices are buried in the hundreds of pages of expensive, obtuse, ever-changing manuals. Truthfully, digging through and understanding this mess is a task that would test the sanity of even the most obsessive-compulsive accountant. Compounding all of this is the fact that we, in North America, are working with the Europeans to bring our certification regulations in closer correspondence to those of ATEX, the European standard. The two certifications are merging in 2023, which throws everything into chaos.

Fortunately, we have Calvin, a young genius mechanical engineer who is also a superbly gifted, self-taught electrical engineering wizard; he took to those regulations like the proverbial duck to water. After much machinations, hundreds of thousands of dollars, and Calvin’s back-and-forth with the NRTL, we are ready to build.

So, here we are, transitioning the devices to contract manufacturing, helping them set up while holding to certification requirements.

It has been a rocky road, full of potholes, thousands of dollars in unforeseen costs, time delays and humbling missed deadlines. It’s all perspiration, but in the end we created products that are intrinsically safe, and that no one has ever invented, designed, prototyped, tested, brought through certification and brought to the marketplace.

The perspiration has been overwhelming and goes way beyond the ninety-nine percent. Here are seven lessons we learned that drove up the pucker factor and the sweat rate:

Lesson 1: Clear specs and a clear, in-depth understanding of what will be required for certification. The clarity is crucial, don’t leave home without it. For us, the process has been monumental, time consuming and costly.

Lesson 2: Dig deep into the issues to understand the problem the end user is trying to solve. Don’t rely on anecdotal evidence as people notoriously misattribute cause and effect. Get to the root cause of the problem and solve it properly, in a timely manner (if possible).

Lesson 3: Communicate project complexity, especially with naive clients. Having a well-developed, detailed plan is required from the beginning -- and it will be updated often. You may have to beat this into the client, but it’s critical.

Lesson 4: Don’t assume that the end user understands their own requirements. It’s on you to know the regulations enough to make the client understand them.

Lesson 5:  You need a direct contact and you have to be willing to walk away. The project started as a “skunk works” project with our principal contacts forced to work with us on their own time while maintaining their day-to-day jobs inside the company. When upper management realized the huge, pent- up demand for these new products, they began to “help.” They placed more “agents” in the chain of command, replacing, and in some cases firing the advocates who started the process.

Lesson 6: Recognize that change is inevitable, and the new contacts will not know the project’s history. The stronger the paper trail, the less misery along the way. Record everything from budgets and projections to even scope changes from subtle comments.

Lesson 7: This almost can’t be fixed, but at least I can alert you of the situation if you are working with a company with an internal team of engineers -- even if the project is outside their professional capabilities or expertise -- there will be jealously guarded turf. Make sure to clearly communicate with upper management, and slowly immerse the other team into the project. It’s critical, potential saboteurs make better friends than enemies.

Overall, this is not a tale of woe. In fact, it has been the greatest learning experience of my life and most of the people we met through this project will hopefully remain friends for the rest of my life -- though at 71, that may not be long. It does however paint a picture of how difficult it is to create products that will absolutely go to market, I just hope you can learn from my mistakes. Heck, I hope that I learn from my mistakes.

Mike Rainone is the founder and chief innovation officer of PCDworks, a full-service science and technology development firm that specializes in immersion innovation, a proprietary methodology developed by Rainone.

He holds more than 20 patents, and has worked for leading international companies across a broad range of industries, including 3M, Baker Hughes, Halliburton, Kimberly Clark, LEGO, and PepsiCo. Contact him at mrain1@pcdworks.com and visit www.pcdworks.com.