Social media, alongside paid inclusion and other forms of search engine marketing, pay-per-click on third-party websites, email marketing, mobile advertising and more, forms the basis of any digital marketer’s palette. 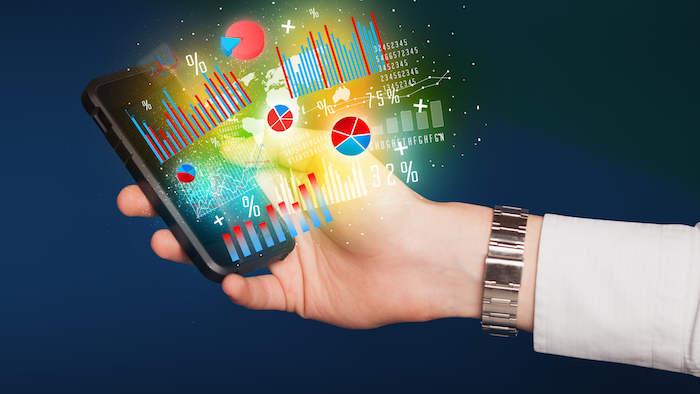 Recently I was discussing the various ways in which today’s businesses can use social media platforms to create a reliable, insightful and personalized promotional marketing, which skirts around the edges of the business-irrelevant and often trivial nature of much social media noise. OMG has [insert celebrity] really been wearing the same jeans for two days in a row??

Social media, alongside paid inclusion and other forms of search engine marketing, pay-per-click on third-party websites, email marketing, mobile advertising and more, forms the basis of any digital marketer’s palette.

Since the online space comes with a deluge of metrics to allow advertisers to scrutinize ad impressions, reach, cost-per-click, visitors (as well as the ubiquitous “likes” and “re-tweets”), the sense is very much that the days of the marketing department receiving a blank check are over. The impact of what was once essentially unmeasurable can now be measured. Marketing teams can now assess the impact of the campaign spend and justify their efforts to the board to secure an even larger budget for next year — “look, we’ve increased the number of ad impressions by 300 percent in Q3 alone!”

And yet as manufacturers continue to ramp up their activity and build their presence in the digital arena, further inspection reveals that John Wanamaker’s legendary question — “half the money I spend on advertising is wasted; the trouble is I don’t know which half” — still rings true, perhaps even more so than ever before.

The points I’m about to make aren’t intended to try and rubbish the intrinsic value of digital marketing. It’s an invaluable promotional platform for any business. Its potential reach and impact are unprecedented — and a significant proportion of activities are relatively cost-effective.

But with emarketer.com estimating that digital ads represented upwards of 30 percent of all US advertising in 2014 — a year in which the mobile segment experienced an 80 percent increase in spend (rising to $17 billion) — closer inspection reveals some seriously murky activities undermining digital’s multitude of seemingly transparent metrics and performance indicators.

A few things to consider

The trend for web advertising is around payment based on metrics and demonstrated results. Sounds pretty straightforward, right? Yet we’re seeing the inherent limitations of digital, coupled with a potentially serious online fraud problem, increasingly diluting the potential of advertisers to qualify the response to their campaigns.

A basic example is that it is very difficult to track the activity of a single user across multiple channels, say, on desktop and through mobile. For digital, for which a key source of value is the ability to analyze browsing behavior and allow segmentation into more tightly defined customer groups, this is seriously problematic. In effect, you’re only reporting on a portion of a user’s online activity.

This is something that is only recently being addressed, with Facebook (and one other ad firm) launching new applications for cross-device reporting for ads. As marketers become able to use cookies for customer tracking in the mobile space, we should expect to see an even sharper increase in investment in this area.

As far as social media is concerned, there are, of course, inherent issues surrounding the value of the engagement expressed in “likes” and “favorites” (upon clicking their mouse, did the user immediately abandon their workstation, or pocket their phone, then drive to the nearest shop and buy a can of Coke? Did they march downstairs and announce to the family, “Guys, I’ve just read a Facebook advertisement saying that the 85 kWh Tesla Model S has a range of 265 miles. I just liked the post to indicate that we’re getting one. Now.”?

In this way, despite the hype, are these metrics any more useful to us than the traditional estimates of the number of viewers during different periods of the TV schedule?

More than that, the nefarious activities of so-called “click farms” in the developing world (a wonderfully descriptive term — think of digital sweat shops generating online likes, re-tweets and followers) are further eroding the credibility of this (already questionable) measure of online approval.

When competitors can purchase a million followers for as little as $600, objective measurement based on the sense of “fair play” becomes increasingly difficult, if not impossible. Facebook has attempted to address this issue by closing down over 83 million accounts, which gives you an indication of the scale of the problem, though they did nothing to correct the engagement activity associated with them — the bogus interactions still remain on both business and private pages.

With the advertising industry tight-lipped on accusations of foul play, industry analysts such as Adweek and advertising tech company Solve Media are banging the drum for greater awareness. Indeed, Solve Media’s recent analysis suggests around 43 percent of all U.S. web traffic could be what they classify as “suspicious,” indicating non-human traffic. Astonishing if true, but as a company whose business model is to serve adverts embedded in CAPTCHAs — the de-facto standard for proving you’re human online — it’s in their interest to tell the world that the majority of traditional web adverts are seen by nothing but silicon.

Other sources report similar findings though, Adap.tv — a company recently sold to AOL — offers an advertising service that embeds adverts into videos served online. It was reported that upwards of 30 percent of their inventory, into which adverts can be embedded, was “suspicious.”

High levels of robotic browsing activity (bots), designed to drive up the prices for advertising space (amongst other aims), could be costing businesses billions each year. With programmatic buying systems automating more and more advertising transactions (an estimated $15 billion in 2015 in the US alone), and diluting the relationship between advertiser and publisher in the process, no wonder no one ever seems sure of the exact scope of the problem, never mind being able to address the issue head-on!

I’m not coming up with a solution, nor am I saying companies should rein in their online spend or tone down their online presence. Everybody is doing it, and promotional marketing will continue to require massive investment and resources to take advantage of digital’s huge reach and potential.

But there seems to be a sense amongst those “in the know” that many businesses are allowing their pre-occupation with novelty and perceived value to override caution and common sense. Rather than creating a more transparent and controlled advertising environment, rapid technology progression, the associated fraud it enables, and our relative lack of domain understanding, actually serves to obfuscate things even more.

Now where did I put that blank check?

Rory Christian is a Senior Consultant at Cambashi.