Engineering, manufacturing, and industrial work are not generally considered traditional "female" career paths, so the hashtag campaign aims to illustrate the diversity of workers in the industry. 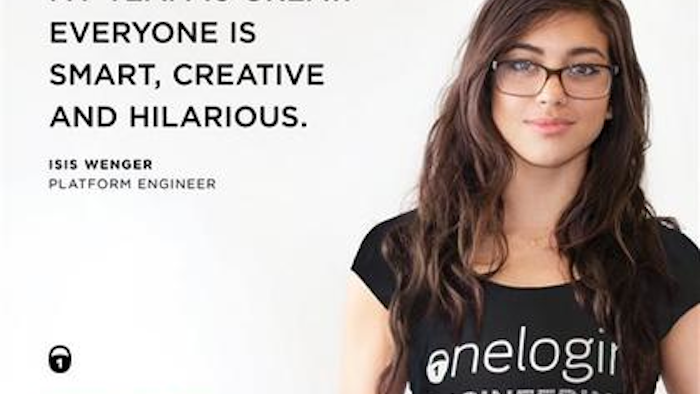 NEW YORK (AP) — Thousands of female engineers, coders, self-described science nerds and other tech superstars joined a Twitter campaign this week to break down stereotypes about what engineers should look like.

As of Thursday afternoon, more than 75,000 people used the hashtag #ILookLikeAnEngineer to post photos of themselves and promote gender diversity in technology, according to analytics firm Topsy. The campaign started when Isis Anchalee, an engineer at tech startup OneLogin, got an avalanche of attention after her photo appeared in a recruitment ad for her company.

The ad features Anchalee, with long, wavy hair and glasses, smiling in a black T-shirt bearing her company logo. Many people could not believe that an attractive woman could also be an engineer at a tech company and assumed that the company had hired a model for its recruiting efforts.

"I didn't want or ask for any of this attention, but if I can use this to put a spotlight on gender issues in tech I consider that to be at least one win," she wrote in an essay on Medium. As such, she suggested people use #ILookLikeAnEngineer to post photos of themselves and redefine perceptions of what engineers should look like.

From the look of the photos, it's working. And it's not only women. Other traditionally underrepresented groups in tech, such as African-American men, have joined in too, as the campaign grows bigger each minute.