The research and development (R&D) tax credit has never been more available to manufacturers. It’s a shame the majority of them don’t realize it yet. 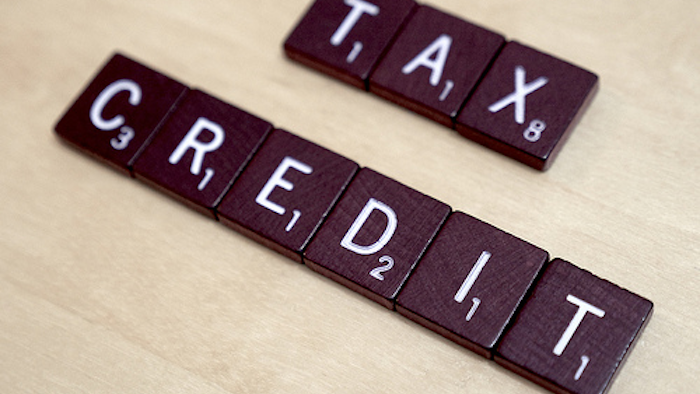 The research and development (R&D) tax credit has never been more available to manufacturers. It’s a shame the majority of them don’t realize it yet.

At nearly $10 billion a year, the R&D tax credit is one of the biggest incentives available and can save manufacturing companies hundreds of thousands of dollars — yet only one out of twenty small- and medium-sized companies eligible for this credit takes advantage of it. Why, you ask? There are a number of self-censoring myths preventing developers from securing the credit. Taking advantage of these incentives for many companies can be the easiest way to get funding quickly. Avoid allowing your business to fall victim to the following myths:

One. The Research and Development (R&D) tax credit is only for companies that are inventing something brand new.

Nonsense. The R&D tax credit is not just for inventing something or getting a patent. It is also available (and most typically used by) companies that are improving or modifying an existing product or improving a manufacturing process — that is, making a product cleaner, quicker, greener or cheaper. As such, manufacturers are good candidates for the R&D tax credit.

Two. The R&D tax credit is only for companies with laboratories and test tubes.

Wrong. While companies involved in basic research are obviously prime candidates for the R&D tax credit, the credit is very much about encouraging applied science — solving a customer’s problem or a production issue using known scientific principles. For example, a manufacturer received $265,000 in federal and $16,000 in state credits for their work in improving their die casting, metal stamping and precision tools development processes — returns accrued by simply improving on the work the company did on a daily basis.

Three. The R&D tax credit isn’t for companies in my industry.

Think again. Thousands of manufacturers can secure the R&D credit for any number of eligible activities, including iron casting, sheet metal plating, hot stamping, injection molding, plastics, modeling and more. Self-censoring is the biggest roadblock to companies taking the R&D tax credit — you don’t need to put a person on the moon or work in a lab to be eligible for the credit.

Four.  The R&D tax credit is only for the big companies.

That is exactly what too many small and medium businesses think. While the big guys, with their armies of tax lawyers, are all over the R&D tax credit, too often small and medium companies act as if there were a velvet rope barring them from taking the R&D tax credit. According to the Small Business Administration Office of Advocacy, 60 to 80 percent of all new American jobs come from small- to medium-sized businesses. Given their role in expanding the American economy, isn’t it high time that small and middle market companies take advantage of the same perks offered to large corporations?

The R&D tax credit is available for small and medium businesses, but you do need to show up and apply to get it — the IRS isn’t simply handing out credits.

Five. The R&D tax credit won’t help me with my state taxes.

Au contraire. Thirty-eight states have a state R&D tax credit — and several states are looking this year to expanding their R&D tax credit or creating one. We have worked with companies that have been able to use their state R&D tax credit to eliminate or significantly reduce their state income taxes. For instance, a manufacturer specializing in high injection molded components was awarded not only $154,000 in federal credits, but also received an additional $178,000 in state credits for their work.

In most situations, if your company is eligible for the federal R&D tax credit, it will also be able to benefit from the state R&D tax credit.

Incorrect. The R&D tax credit was created with the manufacturing industry in mind to find federal and state tax savings from the tens of thousands of dollars, to well over a million dollars for these businesses. For instance, a steel ring manufacturer received $406,000 in federal credits for design improvements in their product while a molded plastics company received $116,000 in federal and $91,000 in state credits. Much black ink (and green dollars) has been realized for companies thanks to the R&D tax credit.

Seven. It’s all too good to be true — it must be snake oil.

The R&D tax credit benefits thousands of companies a year. The credit has been part of the Internal Revenue Code since 1981. While the IRS isn’t giving away this tax credit — you need to have proper documentation of your activities and correctly apply the law — it is certainly a credit that is widely recognized and utilized by a wide range and number of businesses every year.

Eight. We are going to have tax reform and the R&D tax credit is going to go away.

The R&D tax credit is a close third to motherhood and apple pie when it comes to support in Washington, D.C., and the credit is supported on a bipartisan basis in both houses and by the Obama Administration (and by every previous administration since it was first put in place in 1981). All indications are it will stay in place even with tax reform. In fact, a string of court cases have expanded the application of the R&D credit in recent years, further increasing its reach in the manufacturing industry. Of particular interest to manufacturers, the court ruling in TG Missouri Corp. v. Commissioner provided that molds and prototypes used for production, if not depreciable by the taxpayer, are eligible for the R&D credit, in turn making it easier for manufacturers to look at certain supply costs as qualifying for the credit. Recently proposed legislation seeks to expand TG Missouri even further by allowing businesses to classify a prototype or pilot model as R&D expenses, regardless of the ultimate use of the item.

The R&D credit has never been more available to manufacturers. In many cases your business may be eligible to file an amended return and claim the credit for the previous three years — meaning more money in your pocket to grow your business and create new jobs.