What The Paris Agreement Means For Industrial Businesses

Climate change is a universal concern, and the Paris Agreement is the biggest step toward a universal response. Thomas Duong discusses the Pairs Agreement and what it means for industrial businesses. 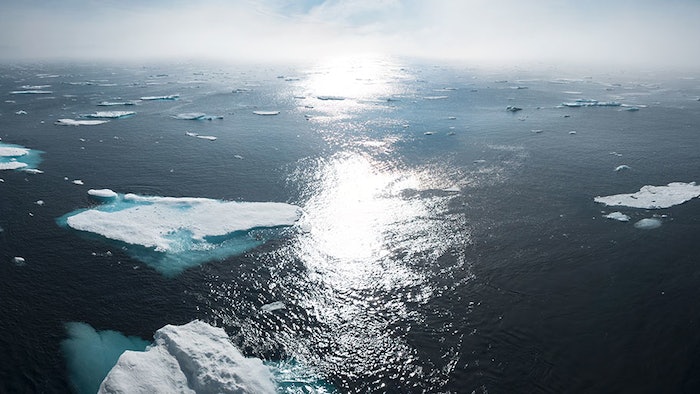 Climate change is a universal concern, and the Paris Agreement is the biggest step toward a universal response. The agreement — which went into effect on Nov. 4 – is a sweeping measure to limit global warming, with the 193 participating countries pledging to report carbon emissions data and take proactive steps to reduce these emissions. While the agreement’s lack of binding national enforcement mechanisms leaves doubts about what it will accomplish in practice, it remains a landmark decision with potentially significant implications for manufacturers, energy producers, and other enterprises dependent on resource extraction.

The aim of the agreement

The overall intent of the Paris Agreement is to neutralize carbon emissions worldwide. What’s unique and unprecedented about the agreement is that it calls for participation on a truly global scale, spanning both developed and underdeveloped nations. Whereas previous environmental proposals had delegated responsibilities to countries proportional to their development status, the Paris Agreement places the nearly 200 participating nations on the same level. This even playing field approach is an acknowledgment that rising temperatures threaten cataclysmic consequences worldwide.

The Paris Agreement presents a unified objective to stop the global average temperature from rising above 2 degrees Celsius, with a stated goal of keeping the rise below 1.5 degrees C. If global emissions continue on their current track, the average temperature of the earth is projected to increase by 5.9 degrees C before the end of the century. With this increase, life as we know it would become untenable. For the signatories of the Paris Agreement, their long-term objective comes with an immediate mandate: drive down carbon emissions now.

Implications for producers and manufacturers – and how they can prepare

The Paris Agreement is a pledge, not a legally binding measure. Without an international tribunal or other formalized means of enforcement, national compliance with the agreement hinges on participating countries making good on their promise – a fact that’s led to widespread skepticism about actual compliance. In the U.S., the election of Donald Trump – who suggested withdrawing from the agreement – has further fueled a sense of doubt about what the Paris Agreement will actually accomplish. Though national enforcement is highly unlikely, producers and manufacturers face other implications of the agreement in the form of potential state-level carbon taxes and caps as well as social and industrial pressures to reduce emissions:

For all businesses – particularly manufacturers and producers – it’s important to anticipate and plan for these effects. Here are some of the key ways industrial businesses can prepare for the potential impact of the Paris Agreement:

Take stock of emissions: For manufacturers and producers, the first step to preparing for the Paris Agreement is to determine their existing carbon footprint. While some industry leaders are conscious of their carbon output and committed to reducing it, many are not. But the ratifications of the Paris Agreement brings carbon emissions tracking into starker focus for manufacturers and producers. Industrial businesses should address this issue by conducting comprehensive audits of energy-related emissions, making sure all discrete emissions are accounted for via accurate output tracking.

Set goals for carbon reduction: After manufacturers and producers have a clear picture of their carbon footprint, they should work toward reducing it. Because the ultimate goal of the Paris Agreement is a zero carbon future, no carbon-emitting company can be complacent in this effort. The best way for manufacturers and producers to reduce emissions, as sustainability leader James Wyse asserts, is to establish specific reduction benchmarks that keep pace with energy reduction efforts on the scale outlined in the Paris Agreement. Manufacturers and producers can ensure they meet their targets by implementing environmental management software that monitors emissions alongside preset benchmarks.

Invest in renewable resources: Looking to the future, one of the most significant steps manufacturers and producers can take is to pursue strategic investments in renewable alternatives to fossil fuel-driven energy. As global efforts to neutralize emissions gain traction, the market for renewable energy solutions is flourishing. Companies that pursue these solutions now will gain a competitive advantage as industry adoption of renewables continues to grow.

By taking the proactive measures outlined above, industrial businesses can respond to the Paris Agreement while significantly improving business process efficiency. Therefore, while there are still major questions surrounding enforcement of the agreement’s terms, all of the above steps serve a vital business function. In addition, adherence to these measures will position production and manufacturing companies to be more conscientious participants in the low-carbon economy – an economy we all have a stake in.

Thomas Duong is Vice-President of Market Strategy at Intelex.