This Week in Food History: Why is the Rum Gone?!

This week in food manufacturing history, we'll cover an alcohol ban, the creation of the pop-up toaster and the death of a man who forever changed the way food was packaged. 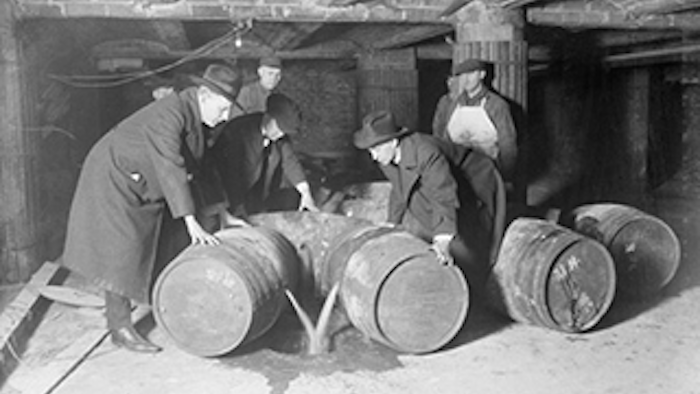 This week in food manufacturing history, we'll cover an alcohol ban, the introduction of a pop-up toaster and the death of a man who forever changed the way food was packaged.

But why is the Rum (booze) gone?

On this day, June 1, in 1851, Maine became the first state to ban the manufacture and sale of alcoholic beverages.

The legislation was so controversial that it was known across the United States (and even worldwide) as "The Maine Law."

But the citizens of Maine were none too pleased with this law. So what did they do? Many Mainers began concocting their own liquor at home and selling it to neighbors, and farmers continued to turn apples and other fruits into hard cider and wine.

The tensions of the law even led to the Portland Rum Riot of 1855, where an angry mob gathered outside of City Hall, leaving one man dead and seven people severely injured.

Regardless of mobs and illegal selling of alcohol, Maine's ban on alcohol remained in place until the repeal of National Prohibition in 1934; a total of 83 years.

Many states followed Maine's lead though, culminating with the passage of the 18th Amendment in 1919 and the start of national Prohibition one year later in 1920.

It was on May 29, 1919, that Charles Strite filed a patent for the first pop-up toaster. A Minnesota inventor, Strite worked in a manufacturing plant in Stillwater during WWI, where he became aggravated with the burned toast served from the cafeteria.

So Strite went out and invented a toaster with a variable timer and springs to allow the bread to "pop up" when it was ready.

In 1921, Waters Genter Company was formed to manufacture Strite's invention for use in the restaurant industry. And just five short years later, the company began marketing the first pop-up toasters for households, using a redesigned version of Strite's original.

The new version was able to brown both sides of the bread, set the heating element on a timer and then eject the "toast" when ready.

You can do it!

Nicolas Francois Appert, the inventor of the canning process, died on June 2, 1841.

Appert was a French chef, confectioner, and distiller, who began preserving food by sealing it in sterilized containers.

Inspired by a prize being offered by the French Directory for ways to conserve food during transport, Appert began a 14-year research project.

After winning the 12,000-franc award in 1810, he was required to publish his findings. He then used the money to establish the first commercial cannery — The House of Appert (in Massy, France) — which operated from 1812 until 1933.

Keep an eye out next week for more on Food History! If you know of an important date in food history that you would like to see featured, please email me at kari.imberg@advantagemedia.com