No Use Denying over Spilled Milk

When food companies face loss or liability stemming from product recalls induced by allegations of food contamination, insurance companies often deny coverage on grounds that there was no actual property damage. A second often-contested question is whether product recall exclusions apply to liability incurred by a company when a customer recalls its product. 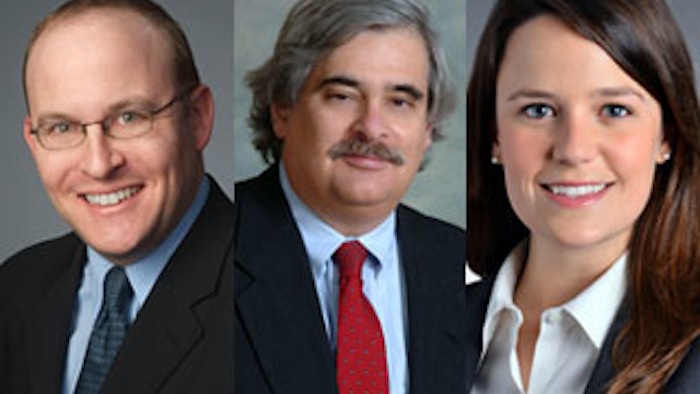 When food companies face loss or liability stemming from product recalls induced by allegations of food contamination, insurance companies often deny coverage on grounds that there was no actual property damage. A second often-contested question is whether product recall exclusions apply to liability incurred by a company when a customer recalls its product.

A recent decision by a U.S. district court in Minnesota answered both of these questions clearly in favor of the policyholder. In The Netherlands Ins. Co. v. Main Street Ingredients1, a supplier provided an ingredient to a food company. It turned out that the ingredient had originally come from a third party and might be contaminated. This forced the food company to recall its product, so it sued the supplier for damages. The supplier’s insurance company denied coverage on several grounds, and lost on every one. Most importantly, the court found that the ingredient had caused covered property damage to the food company’s product, and that a recall exclusion did not apply.

In 2007, Main Street Ingredients, LLC (MSI) purchased instant milk from Plainview Milk Products Cooperative and then sold the instant milk to Malt-O-Meal Company, for use in Malt-O-Meal’s instant oatmeal products. In 2009, the FDA detected salmonella and other unsanitary conditions at Plainview’s manufacturing facility. When MSI alerted Malt-O-Meal of the FDA’s findings, Malt-O-Meal initiated a recall of its instant oatmeal products and sued MSI and Plainview for damages related to the recall of those products.

One key issue was whether Malt-O-Meal suffered any property damage because of the incorporation of the milk into its product, particularly since there was no finding that the milk that Malt-O-Meal received was contaminated. The court looked to the Policy’s definition of “property damage,” “‘physical injury to tangible property, including all resulting loss of use of that property’ or ‘loss of use of tangible property that is not physically injured.’” The court found that the inability to distribute products due to FDA regulations does constitute physical injury. The court further rejected Netherlands’ argument that the damages in the Underlying Action were uncovered, purely economic damages because “the Policy . . . covers not only property damage, but damages MSI must pay because of property damage.”

The court next addressed the policy exclusions raised by Netherlands. Netherlands first argued that the exclusion for property damage to policyholder’s own products excluded coverage for the Underlying Action. The court rejected Netherlands’ view and found instead that Malt-O-Meal sought damages for the property damage caused to Malt-O-Meal’s instant oatmeal products, and not to MSI’s milk. The court also dismissed Netherlands’ argument that the “impaired property” exclusion precluded coverage because the adulterated milk product was inextricably mixed into the Malt-O-Meal instant oatmeal product.

Finally, Netherlands argued that the policy’s recall exclusion applied. Netherlands asserted that the damages were for the recall of MSI’s instant milk product, rather than damages arising from the recall of Malt-O-Meal’s oatmeal product. The court held that the “recall” exclusion only applies to the insured’s own product and  “has no applicability when the claim is for property damage claimed to have been suffered by another property owner,” such as Malt-O-Meal.

MSI therefore received coverage for its customer’s recall damage even though there was no evidence that the ingredient that it supplied was contaminated or caused any physical damage to Malt-O-Meal’s product.

That's good news for food producers, who often find themselves in MSI's predicament and almost as often face coverage defenses when they file insurance claims in such cases.