From just-squeezed juices to artisan sandwiches, nutritious dietary offerings have never been so bountiful or convenient for affluent Americans. Unfortunately, that is not the case for some 23.5 million largely underserved U.S. residents who live in “food deserts." 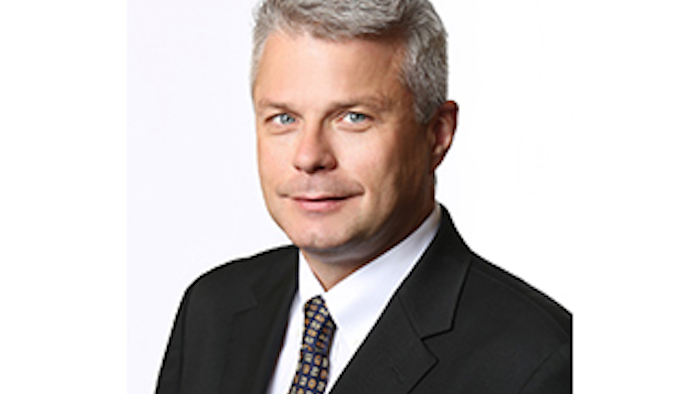 From just-squeezed juices to artisan sandwiches to colorful bunches of fresh-picked vegetables, nutritious dietary offerings have never been so bountiful or convenient for affluent Americans. They can legitimately browse for gourmet-quality dinners inside local supermarkets as well as convenience stores or trendy “small box” neighborhood groceries.

Unfortunately, that is not the case for some 23.5 million largely underserved U.S. residents who live in “food deserts,” areas where grocery stores are absent, and food options frequently range from fast food to corner mini-marts, where chips, soda pop, candy, cakes and snack packs are more likely to line the shelves than fresh fruits, vegetables, poultry and meat; whole-grain bread, pasta and cereal; or high-quality dairy and all-fruit juice drinks. Many food desert residents, without access to foodstuffs that allow them to eat three full, nutritious meals a day, regularly lack food security.

Unsurprisingly, because residents have access to and consume foods that tend to be high in sugar, fat and salt, food deserts are strongly correlated with higher rates of obesity and other nutrition-influenced chronic diseases, note academic studies such as “Distance to store, food prices, and obesity in urban food deserts” in the American Journal of Preventive Medicine. First Lady Michelle Obama noted this four years ago when she made eradicating food deserts to stem food insecurity one of the goals of her “Let’s Move” Campaign. But the issue has proved just as intractable as it is complex.

Surely, there is more that the food industry can contribute to help solve the problem, especially in light of World Population Day. It reminds us that, as of this writing, there are 7.32 billion people in the world, and one in nine “don’t have enough food to lead a healthy active life,” according to the U.N. World Food Programme. While people who lack food security live mostly in the developing world, as mapped here by the U.N. Food and Agricultural Organization, one-sixth of Americans don’t have enough to eat, notes National Geographic.

In fact, more than 6.5 million American children live in food deserts, which are defined by the U.S. Department of Agriculture as areas where one must travel more than a mile to a grocery store in urban areas or more than 10 miles in rural ones. Making it possible for those children to get leafy greens, milk, juice and fresh fruit on their tables at home, and experience food security, will require still more education, innovation and effort on the part of many of the companies and organizations involved in the supply chain.

If You Build It…?

Efforts to date have largely consisted of encouraging and even financially incentivizing grocery stores to open locations in underserved areas, as in the “Let’s Move” campaign’s Healthy Food Financing Initiative to support projects that increase access to healthy, affordable food. But even when these efforts are successful at pulling in a grocer, it’s not a simple matter of “if you build it, they will come,” notes Steven Cummins, a researcher and professor of population health from the London School of Hygiene and Tropical Medicine. Nutritional education, entrenched shopping habits and personal choices also play roles in where people shop and what they choose to buy, he notes on PBS.org.

Prices at standalone grocery stores are often higher for various reasons, including their tendency to act as local monopolies, notes Choices magazine. Other reasons include the logistical costs of delivering perishable goods such as fresh produce to areas with weaker demand, per the story.

The Role of Choice

Habit also plays a large part in the potential failure of these new stores. Cummins studied a single store for six months after it opened in an underserved Philadelphia neighborhood lacking food security and found shoppers had a tendency to continue to shop where they always had, because of the familiarity of stores, the neighborhood or the employees. Also, local residents were afraid to overspend and felt overwhelmed either by so many choices or for other reasons.

This begs an obvious question:  Using recent examples, how can the food industry expand on what works and nourish residents of America’s food deserts? Some ideas for better food options, suggested by strategies put forth by noted academicians and U.S. officials in “Investing In What Works For America’s Communities” by the Federal Reserve Bank of San Francisco and Low Income Investment Fund, include:

As noted by the USDA, the lack of choice wrought by food deserts “contributes to a poor diet and can lead to higher levels of obesity and other diet-related diseases, such as diabetes and heart disease.” Given the costs, both personal and those borne by the health care system, we must do all we can to shrink food deserts and grow access for consumers of all income levels to nutritious eating options, putting all of the country’s residents on the road to better health and food security.

Brian Kennell is president and CEO, Tetra Pak Inc., U.S. & Canada. He has been with the company since 1991, most recently as vice president of finance and change transformation for all of North America, which included reorienting his team to become proactive business partners and strategists. His leadership focus is on driving development and growth through superior product quality, sustainability efforts and customer service. Tetra Pak (tetrapak.com/us) is the world's leading food processing and packaging solutions company. Further insights are available at DoingWhatsGood.us.