Packaged products like Williams Express Sausage, Egg and Cheese Croissants have proven to be very successful, necessitating the redesign and integration of two of Williams Sausage's packaging lines. The upgrade centered on a more streamlined and efficient shrink wrapping capability to process 100 percent more sandwiches through the line, while maintaining a zero product-defect rate and maximized uptime. 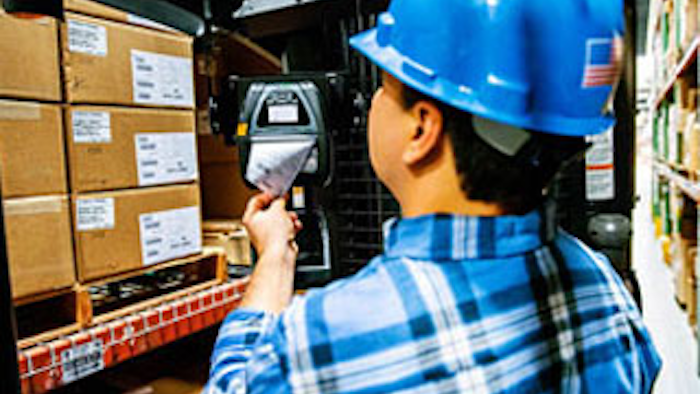 Williams Sausage produces and distributes 400,000 pounds of whole hog country pork sausages each week to retail outlets and institutions throughout the Eastern and Central United States.

Packaged products like Williams Express Sausage, Egg and Cheese Croissants have proven to be very successful, necessitating the redesign and integration of two of the company's packaging lines. The upgrade centered on a more streamlined and efficient shrink wrapping capability to process 100 percent more sandwiches through the line, while maintaining a zero product-defect rate and maximized uptime.

These two sandwich lines allow for the manual put-together of the sausage biscuits and then their packaging. When the sandwiches are being assembled, the biscuits are put through a cutter which slices them in half. The split biscuits move along a conveyor, where sausage patties are manually put between the two biscuit slices. These sandwiches then go through a wrapper, and the sealed biscuits are stacked into cartons. At this point the two lines merge onto one packaging line, where the cartons are put through a shrink wrapper, cased, labeled and palletized.

When the sausage sandwiches were first introduced, moving 12 to 14 cartons per minute through the end-of-line packaging process was adequate to keep pace with production demands. But as the breakfast sandwiches' popularity grew and orders increased, it became clear that the packaging line was no longer able to support the increased throughput required.

"Our production volumes had significantly increased," says Tommy Ray, Plant Manager at Williams Sausage. "We needed to double our packaging capability, our throughput of cartons per minute, to keep up with the demand."

Williams Sausage brought in Texwrap Packaging Systems, a provider of specialized shrink wrapping solutions, to engineer a shrink wrap system that would address its throughput issues.

Williams Sausage was using an L-bar shrink wrap sealer. This type of shrink wrapper simultaneously makes the end and side seal of one package, as well as the front seal of the trailing package. It is acceptable when slow to moderate throughput speeds are needed.

A drawback to this sealer type, at least from the perspective of Williams Sausage, is that it requires the same size of cartons to be put through the wrapper at any continuous time, or the machine has to be stopped and a changeover done to accept a different carton size.

Texwrap provided a Texwrap Model 2202 CR continuous-motion side-seal wrapper that addressed these conditions and maximized throughput, incorporating a number of shrink wrapping technological advancements. In this type of wrapper, the incoming stream of product does not stop while the end seal is being made, thereby increasing throughput speed. Its conveyors can move at 100 feet per minute with versatile carton handling flexibility. The system is all stainless steel for easy washdown.

This is a box-motion style wrapper, in which the device making the end seal moves horizontally with the product as the seal is being made. When the seal is complete, the head raises and the carriage returns to engage the next package and make the next seal. Box-motion refers to the rectangular-shaped path of the sealing head.

To further maximize throughput speed, the wrapper is equipped with Motion Trim technology which electronically minimizes the motion of the end seal device. It also includes a Speed-Maximizer system which automatically brings the machine up to top speed for any given carton-size setup.

With Auto-Spacing control, horizontal as well as vertical photoeyes, and the ability to precisely vary the conveyor speeds to relax the film between products, Williams Sausage' new shrink wrapping system can accommodate randomly-fed cartons and accurately separate them for reliable, consistent packaging using the absolute minimum amount of film.

To negate the problem of ice build-up and belt slippage, which can affect registration, Texwrap embossed some of the wrapper's surfaces with little bumps to minimize the slick surface-effect. Also, special freeze-resistant valves were utilized on its air cylinders.

The wrapper can run either flat or center-folded film, including a wide range of polyolefin, polyethylene, PVC, and some polypropylene based films.

To support the shrink wrapper, a Texwrap Model 1432 CR shrink tunnel was added to the line. This single-chamber forced air convection tunnel uses large volumes of high velocity air to impart the necessary energy to the film for the best shrink package.

When the shrink wrapper and shrink tunnel are operating in complete compatibility, the film will puff up like a big balloon, completely away from the carton, and then settle down. As the carton gets about two-thirds of the way through the tunnel, the balloon should collapse all around the carton at the same rate.

The tunnel is equipped with digital temperature controls, high velocity fans, individual top and bottom controls for air direction, and variable-speed conveyors. These features control the right amount of heat to be put in the right places, over the correct amount of time to produce consistent shrink results.

Williams Sausage strives to maintain a high return on investment from its plant equipment and systems, which it considers critical to running a cost-efficient and highly-operational plant. Its upgraded shrink wrap line exemplifies this position.

"This shrink wrapping system consistently provides a very good quality seal," explains Ray. "We are running it at 24 to 28 cartons per minute with no downtime, no product defects, and have had virtually no problems. Since we first implemented the shrink wrap upgrade several years ago, it has proven to be one of the most reliable systems that we have in our plant."

Because the popularity of its breakfast sandwiches is continuing to grow, Williams Sausage is now planning another upgrade to its sandwich lines by again expanding its shrink packaging capability.

"This new system will be equipped with servo-controls which will allow us an even higher level of line throughput and performance," Ray says. "We are looking at another Texwrap, because our current shrink wrap system has proven to be such a good investment for us."

Jim McMahon writes on advances in food processing automation. His feature stories have appeared in hundreds of industrial and high-tech publications throughout the world and are read by more than 5 million readers monthly. He can be reached at jim.mcmahon@zebracom.net.