Q&A: How Manufacturers Can SAVE FOOD

Food waste drains food manufacturers’ resources and profits. Data on the issue is shocking. For example, 40 percent of all food produced in less-developed countries spoils every day before it reaches consumers. Data like this are alerting the food industry to the necessity of preventing food waste. 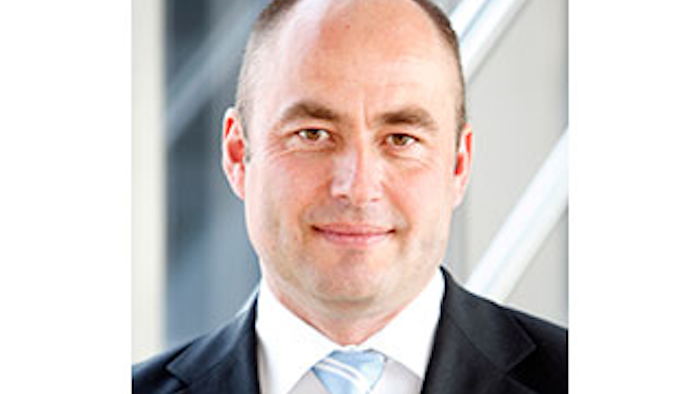 Food waste drains food manufacturers’ resources and profits. Data on the issue is shocking. For example, 40 percent of all food produced in less-developed countries spoils every day before it reaches consumers. Data like this are alerting the food industry to the necessity of preventing food waste.

The SAVE FOOD Initiative, of which Food Manufacturing is a sponsor, aims to sustainably reduce food losses and food waste.  According to Bernd Jablonowski, director of interpack and SAVE FOOD, the initiative is focused on four sequential steps: raising awareness of the problem, combining the power of private and public organizations, developing fundamental strategies and programs based on that collaboration and, finally, implementing concrete investment programs that both promote and demand the commitment of the public as well as the private sector. SAVE FOOD, founded in May 2011, has partnered with the United Nations’ Food and Agricultural Organization (FAO) and global food industry leaders to cut food waste and educate manufacturers and consumers.

Q: Which foods are most prone to being wasted by manufacturers?

A: As one would expect, fresh foods requiring specific conditions during manufacturing and transport are among the products most susceptible of being wasted. Of course, individual climatic conditions also play a role in this regard and have to be factored in.

However, if we take the environmental footprint of roots and tubers or fruits and vegetables into account as well, it represents only a fraction of that of animal products. A bigger volume of waste of these food types can therefore still be more sustainable in total than a smaller waste volume of animal products.

In addition, the different conditions in the respective countries and world regions also have to be considered. In general, up to 40 percent of food is being lost every day in less developed countries, before it reaches the consumer, while in the industrialized countries the food is wasted at the end of the food value chain. As much as 30 percent of all foodstuffs is lost in this case.

Q: What do food manufacturers have to gain by reducing waste?

A: It’s relatively simple: Reducing waste automatically leads to more efficient manufacturing, which means an improved bottom line. Beyond that, sustainability is emerging as an increasingly important general success factor as part of the customer approach and, as such, represents a competitive advantage.

Q: What can manufacturers do in the Western world to prevent food waste from their place in the production cycle?

A: Specific examples where manufacturers can counter food losses and food waste include smaller packaging, a more comprehensive deployment of intelligent packaging solutions (smart packaging),as well as other innovative technologies, such as aseptic filling plants.

Q: How far from market are smart packaging and bioplastics?

A: Some solutions are already in use include MAP [Modified Atmosphere Packaging] for fresh meat products, RFID [Radio Frequency Identification] in logistics and storage and smart packaging consisting of labels with time-temperature indicators. Moreover, there are newer foils that respond by changing color when detecting metabolites as the packaged product spoils.

Nevertheless, we’re still a long way away from the end of our journey. For example, printed electronics and sensory analysis could open up entirely new opportunities as we move into the future. The success of such smart packaging solutions is critically dependent on costs as well.

The bioplastics established in the marketplace aren’t directly related to the SAVE FOOD issue. However, a problem could arise if large amounts of plants suited in principle for human consumption are used as raw materials in the manufacturing of bioplastics. But even in that regard, there are new approaches aiming at the use of materials that are waste products from other processes.

Q: Do you expect this type of packaging to eventually be integrated throughout the food manufacturing industry?

A: There are many areas in which these packaging solutions could be used, but their deployment would make the most sense with fresh foods, such as meat or seafood, as well as with dairy products.

Q: How cost-effective do you expect it to be for manufacturers and consumers, particularly given the financial situation in the United States and Europe?

A: Technologies like MAP packaging have long become fixtures by now. Looking ahead long term to newer smart packaging solutions, it’s safe to assume that the deployment of these technologies will also become more cost-efficient, which means that sooner or later, they will be used more and more frequently in the industry. Certainly, though, this will also be highly dependent on the content being packaged.

Q: Would you expect food manufacturers to bear the brunt of higher-priced packaging or would they pass it along to consumers?

A: Consumer behavior plays a central role in the prevention of food losses and food waste. Consumer price increases are conceivable, but at the same time the use of new packaging technologies would reduce losses, which would, in turn, mean that they save money. Critical factors would definitely include the steepness of potential price increases and the products actually affected.

Q: Are smart packaging innovations just as likely to be used for consumer products as they are for institutional food products?

A: It’s no different in this area: The severity of possible price increases and the types of product are the most relevant factors.