The goal of any food manufacturer's refrigeration system is to avoid temperature disruptions and ensure that product remains within a safe zone. Application of modern refrigeration system components is one way manufacturers can avoid temperature disruptions and ensure that their product remains safe and saleable. 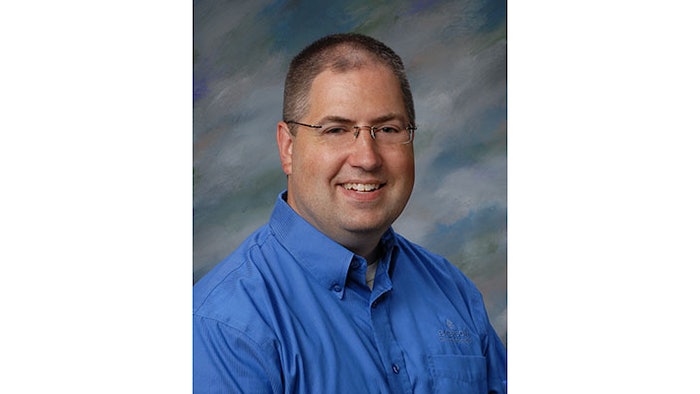 When you’re in charge of maintenance in a food manufacturing facility, it can seem like everything is running smoothly one day. Then, suddenly, it’s not. And sometimes, it doesn’t take much for a problem to occur.

Here’s an example. A meat processing facility’s refrigeration system had been working perfectly for months until a new employee stacked some boxes in front of a condensing unit. The boxes blocked airflow, causing the system to overheat.

An alarm went off, but at that point, it was too late. Temperatures rose above safe levels well before the contractor arrived, and product had to be discarded. This simple mistake resulted in several thousand dollars in lost profits, waste disposal costs, a costly repair and, hopefully, a lesson learned.

Trying to prevent such events from occurring again through operational updates is fine. But there is also an opportunity to improve operations through the application of new, predictive diagnostics and proactive controls that are designed to enhance uptime and energy efficiency.

Big facility, small facility — it really doesn’t matter. If your profitability relies on your refrigeration system to keep your products safe and fresh, the mindset must be: uptime, all the time.

That’s why you can’t rely on temperature alarms alone. A facility’s maintenance staff must be aware of a potential problem well before the event. A temperature alarm is a “past tense” device. It’s telling you that an event has occurred, and it’s likely too late to save your product and your profits. That’s where predictive diagnostics can help avoid such instances.

A condensing unit’s predictive diagnostics monitor system pressures and temperatures, as well as the condition and status of motors, relays and other electro-mechanical devices.  System downtime can be significantly reduced because issues are identified and can be addressed before product temperature is compromised.

The system is designed to transmit warnings to the maintenance staff or contractor before a situation gets out of hand. Those responsible can take action to solve the problem remotely, or troubleshoot the problem and gain an understanding of the exact repair parts that may be required. If it appears, for example, that a fan motor or solenoid valve has failed, the contractor can make a stop at the wholesaler on the way to the facility to pick up the needed parts, saving time and money to quickly bring the system fully back online.

In an alarm-and-gauge based system, it could take a technician an inordinate amount of time to determine what the problem may be when an event takes place. With diagnostics on board, the newest technician on staff should be able to identify the problem.

Such diagnostics can even help when the errant situation is beyond the control of the facility managers, such as a power phase being lost from the supplying utility. That’s certainly well beyond anyone’s control in a food manufacturing facility. But it could take a considerable amount of time for a facility technician to diagnose the issue and take action, especially if phase loss is intermittent. Onboard diagnostics can immediately sense the power phase issue and take system actions that will deal such an event before it becomes a major problem.

For many years, fixed head pressure control has been used to operate refrigeration systems over a wide range of ambient temperature conditions. Fixed head pressure systems operate by using a valve to flood the condenser with refrigerant, decreasing condenser capacity. The fan continues to operate at full power, and the compressor continues to operate at a fairly constant, yet high demand, condition. It is an effective, yet inefficient method of operation, akin to keeping one’s foot on the gas when driving a car and regulating speed with the brakes.

There is an alternative method of operation that can significantly increase efficiency and reduce system wear. For approximately 75 percent of a working day, refrigeration systems can save energy by utilizing a floating head pressure, or low condensing, type system. Energy efficiency ratio (EER) improves approximately 15 to 20 percent for every 10 degree F decrease in head pressure, depending on the compressor type and model.

In regions where seasonal temperatures provide even cooler ambient temperatures — such as the northern latitudes of the U.S. and Canada — the benefits increase. And manufacturers that operate with utilities that offer energy incentives may take advantage of utility rebates.

Fixed head systems utilize traditional thermal expansion valves (TXV), which do not react quickly enough to handle the changing conditions that occur in a floating head system. Flash gas is often created, and the TXV often struggles to compensate for the gas, leading to improper flow to the evaporator.

A floating head, or low condensing, system takes advantage of lower ambient temperatures by allowing the head pressure to float down to a more efficient operating point. Variable speed fans, and intelligent system controls allow the system to operate at condensing temperatures as low as 50 degrees F in some systems.

The floating pressure and widely varying system capacity requires an electronic expansion valve (EXV) to compensate for the varying conditions. An EXV is able to quickly adapt to the changing conditions, and maintain a constant superheat setting, critical to the operation of the system. These modern system controls and electronic valves provide “cruise control” to the system,   automatically adjusting to the changing environment and providing a consistent flow of refrigerant to the evaporator in the most efficient manner.

Applications using low condensing technology can be found in fruit and vegetable storage applications in which operating head set temperatures were dropped by as much as 40 degrees F with the addition of modern electronic controls. Coil frosting had been an issue in another application due to a slow temperature pull-down. A retrofitted low condensing system solved the problem and reduced energy costs by over 30 percent while enhancing product quality and production.

The goal of any food manufacturing’s refrigeration system is to avoid temperature disruptions and ensure that product remains within a safe zone. Application of modern refrigeration system components is one way manufacturers can avoid temperature disruptions and ensure that their product remains safe and saleable.

Partnering with an experienced refrigeration contractor and equipment manufacturer will help you understand the new refrigeration technology options available today and allow you to take full control over one of the most critical systems in your manufacturing process.

Construction will begin in fall 2022 with production projected to start in the second half of 2025.
Jun 15th, 2022
Follow Us
Most Recent