Siemens and the University of South Carolina announced an in-kind grant of Siemens hardware and software with a commercial value of $628 million. 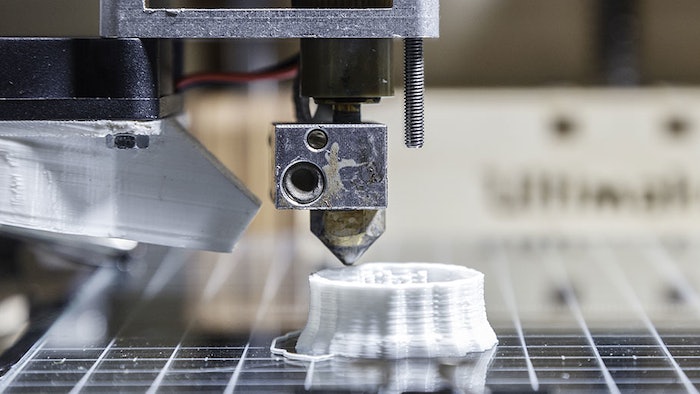 COLUMBIA, SC — Siemens and the University of South Carolina announced an in-kind grant of Siemens hardware and software with a commercial value of $628 million. As part of this grant, Siemens’ product lifecycle management (PLM) software will be used in USC’s College of Engineering and Computing, and in combination with Siemens automation and controls hardware in a digital factory innovation lab at USC’s McNAIR Center for Aerospace Innovation and Research. By providing students with this hands-on experience on software and hardware across USC’s engineering curriculum and in research programs, Siemens is helping USC further prepare a highly-skilled STEM workforce for the advanced manufacturing industry, including the aerospace industry, which has experienced an 11.4 percent employment growth rate in South Carolina since 2010.

“Today’s announcement of a partnership between Siemens and USC advances our state’s growing reputation as a top destination for manufacturing,” said South Carolina Gov. Henry McMaster. “By demonstrating that South Carolina is home to one of the most highly-skilled engineering and manufacturing workforces in the world, we can attract even more companies who have yet to discover what we all already know — that there is no better place to do business than in South Carolina.”

Through the in-kind investment, engineering students at USC will now have access to the same PLM software used by more than 140,000 companies throughout the global manufacturing industry — including 35 in South Carolina — to design, develop and manufacture some of the world’s most sophisticated products in a variety of industries, including aerospace, automotive, medical devices, machinery, shipbuilding and high-tech electronics. They will also have access to Siemens automation and controls hardware, the same type of automation hardware found throughout industry globally, and used to maintain levels of productivity, efficiency, safety, security, flexibility and uptime. This academic partnership is expected to help students compete for jobs throughout the world, and aid in building a workforce equipped with the skills needed for the high tech jobs of tomorrow.

“This partnership with Siemens will position USC among the top universities in the nation for advanced manufacturing education and research,“ says USC President Harris Pastides. “We’re proud that our researchers and students at the College of Engineering and Computing, McNAIR aerospace center and the entire USC system, will play a role in discovering new manufacturing technologies and will be better prepared to take on the jobs of tomorrow in South Carolina and beyond.”

USC’s McNAIR Center, which offers aerospace education, research, outreach and economic engagement for the more than 500 aerospace-related companies in South Carolina, as well as the rest of the global aerospace industry, will use Siemens hardware and software for student research projects. According to the South Carolina Department of Commerce, the aerospace industry has experienced an 11.4% employment growth rate since 2010. Including the state’s four major military installations, more than 55,000 South Carolinians are employed in aerospace. In total, the aerospace industry has an annual economic impact of more than $19 billion. The McNAIR Aerospace Center features robotics and machine handling, similar to the type of production line found in aerospace companies as well as a packaging or filling line, assembly line or press line. The new Innovation Lab will feature a host of Siemens hardware supporting three distinct areas. Those areas would include a picker robot for handling applications, a roller picker robot for pick and place applications and a general purpose robot controlled by a Siemens Programmable Logic Controller (PLC).

“In this new era, manufacturers no longer want to just keep up. They are driven to be the trend-setters by being first to market and initiating innovation,” says Raj Batra, President, Siemens Digital Factory Division, U.S. “Few industrial segments have embraced digitalization and technology more than the aerospace sector. Aerospace companies throughout South Carolina are heavily reliant on automation and digitalization as well as well-trained employees. Our partnership with the University of South Carolina will provide valuable experiential training with both software and hardware, providing the next generation workforce with the skills they need to be successful. Siemens is proud to help close the skills gap in South Carolina through partnerships with leading edge academic institutions.”

As software plays an increasing role in the next era of manufacturing, this PLM software grant is designed to help students realize their ideas by providing accurate information as the product moves from design to prototype through a streamlined manufacturing process that provides instant feedback and allows product developers to make adjustments. The software will be incorporated across the engineering curriculum in both the undergraduate and graduate programs at USC, as well as being used for senior capstone projects.