Demonstrations have demanded the release of Susan Prieto, who faces charges for inciting riots, threats and coercion. 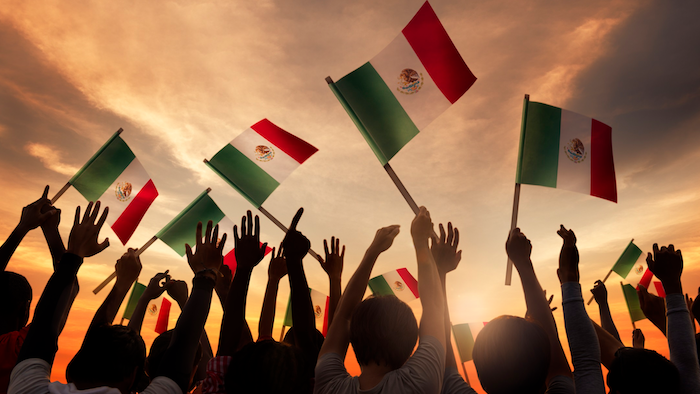 MEXICO CITY (AP) — A judge has ordered a labor lawyer jailed pending trial on charges that prosecutors say stem from a protest this year and not from her leadership of strikes last year that won higher pay for workers at “maquiladora” assembly plants in the border city of Matamoros.

The ruling came as demonstrations continued Thursday in both Matamoros and Mexico City demanding the release of Susan Prieto, who faces charges that include inciting riot, threats and coercion. Her case has drawn attention beyond Mexico, including a call for her release issued Wednesday by AFL-CIO President Richard Trumka on Wednesday.

“Susana Prieto is a fierce advocate whose tireless advocacy on behalf of workers in Mexico’s maquiladoras has made her a thorn in the side of powerful companies and corrupt officials,” Trumka wrote. “Her arrest on trumped-up charges of ‘inciting riots’ is an outrage. The AFL-CIO calls for her immediate and unconditional release.”

Prosecutors insist the charges have nothing to do with a wave of successful strikes in early 2019 at 48 export-oriented maquiladoras in Matamoros, which is across the border from Brownsville, Texas. The movement, which Prieto helped lead, won the low-paid workers 20% pay raises and $1,650 bonuses.

Tamaulipas state prosecutor Irving Barrios said Wednesday that the charges arose from a March protest by about 400 people that authorities allege used threats to try to intimidate a local labor board into revoking an existing union at a factory and installing a new one. Prosecutors claim Prieto was the instigator of the demonstration.

Prieto is an independent labor adviser and has been highly critical of existing union leaderships in Matamoros.

Known for a direct, abrasive style, she taped her own detention Monday and posted it on social media. She contends officials in Tamaulipas and in the border state of Chihuahua are persecuting her because she hurt the economic interests of owners of the maquiladoras, whose production is geared to supplying the U.S. economy.

Prieto also recently campaigned in Chihuahua against policies at maquiladora plants in the border city of Ciudad Juarez, across from El Paso, Texas, that she claimed put workers at risk of catching the new coronavirus. She filmed and appeared to advise walkouts at some Ciudad Juarez plants that refused to shut down and send workers home with full pay.

President Andrés Manuel López Obrador unleashed the series of Matamoros strikes in late 2018 when he doubled Mexico's daily minimum wage to 176.20 pesos (then about $9.30) along Mexico’s northern border with the United States.

To keep down wages that are often just a couple of dollars an hour, maquiladoras in Matamoros had long indexed pay increases to the minimum wage — a policy that backfired when López Obrador doubled it. His administration argued the indexing shouldn't apply to contract wages.

López Obrador’s government was uncomfortable with the strike movement but didn’t actively try to quash it. He had pledged to end government manipulation of unions and allow new, more representative labor movements in a nation where unions have long been corrupt, acquiescent and manipulated by the authorities.