The Internet company tackled the puzzling problem with a study that concluded how teams work together is more important than who is on a team. 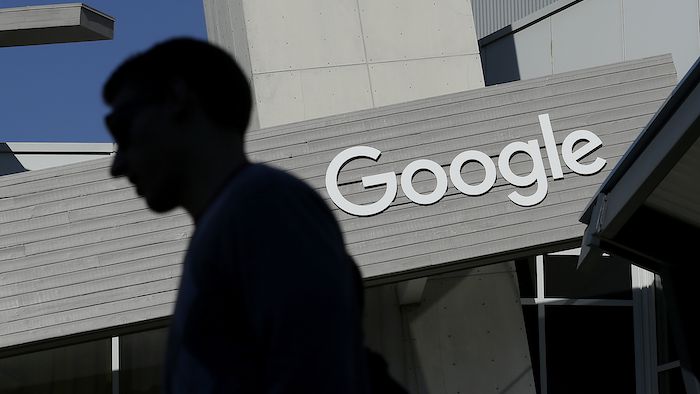 MOUNTAIN VIEW, Calif. (AP) — Google coddles its employees with free food, massages and other lavish perks, yet some of its best engineers still grouse about their jobs and bosses as they struggle to get assignments done.

The Internet company tackled the puzzling problem with a study that concluded how teams work together is more important than who is on a team.

That's not exactly rocket science, but it's an example of how companies are spending more time trying to understand how to build the most productive and cohesive teams. It's a high priority because the best products and ideas increasingly are springing from people working together.

"It's becoming difficult to think of companies that aren't depending on teams," says Amy Randel, a professor of management at San Diego State University. "And usually nothing is more important than having a goal that inspires and organizes people's efforts."

Google's study, based on data analysis, found that teams work best when their members feel like they can take risks, can count on each other, have clear goals and believe their work matters.

Some of those findings were reinforced by a recent study published in the Academy of Management Journal by Jasmine Hu, an assistant professor of management at Notre Dame University and Robert Liden, a management professor at the University of Illinois at Chicago. That analysis of 67 different teams working at six different companies found employees excel when they feel their work will help the colleagues, customers and community.

"The social aspect of teams is very important because many times people are just not motivated to work for money alone," Hu says. "They want to have the opportunity to achieve a positive impact on the lives of others."

All of Google's 60,000 employees work on at least one team, and some are on two or more.

Google itself was born from one of technology's most famous partnerships between former Stanford University graduate students, Larry Page and Sergey Brin. They followed in the footsteps of other legendary duos such as Microsoft co-founders Bill Gates and Paul Allen and Apple co-founders Steve Jobs and Steve Wozniak.

Today, Google's teams range in size from three to 70 people and are usually project oriented. For two years the company has studied more than 200 teams, identifying what motivates the most effective groups while looking for the ideal mix of traits and skills.

Although most industries are embracing teamwork, Silicon Valley is at the forefront of the trend. Technology firms are typically more collaborative, in part because people writing different parts of software code or building machines need to do one part of a larger project.

Google's first workplace study, which it released in 2014, showed effective managers are good coaches who empower rather than micromanage. That research, called Project Oxygen, is now taught in MBA programs and has been adopted by companies hoping to emulate the innovative culture of Silicon Valley.

The transformation is helping to enrich Google, already one of the world's most profitable companies. The revenue produced by sales teams, who market advertising, apps and partnerships, varied by nearly 50 percent based on their own reported feelings of psychological safety, according to Abeer Dubey, a Google director.

"So is this a Google truth or a universal truth?" asked Dubey. "We personally feel this is fungible."

In a region where innovation is driving a booming economy, retaining and motivating the workforce is critical to business, and because engineers almost always work in teams, understanding how to boost their performance is crucial.

"Team work matters, and if you want to have the best team of employees possible, you will manage them intelligently," said Lindy Greer, who teaches at Stanford University's business school. "If you just put people together they're going to crash and burn unless they have conflict resolution training, a manager who can coordinate roles and opportunities to learn with one another."