Charles Koch, the CEO of Koch Industries and, along with his brother David, the head of a massive political operation, questioned the Trump administration in the wake of a highly controversial executive order limiting immigration. 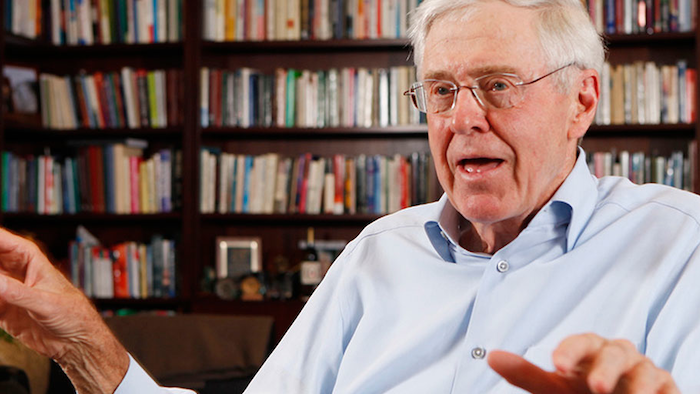 The chief executive of one of the nation's most prominent companies — and one of its foremost conservative activists — questioned the Trump administration in the wake of a highly controversial executive order limiting immigration from seven predominantly Muslims nations.

Charles Koch, the CEO of Koch Industries and, along with his brother David, the head of a massive political operation, told a conference in California over the weekend that the country faces "a tremendous danger, because we can go the authoritarian route ... or we can move toward a free and open society."

Koch's remarks followed a statement from Brian Hooks, head of the Charles Koch Institute and Charles Koch Foundation, in which he called the executive order "the wrong approach" and predicted it "will likely be counterproductive."

"We believe it is possible to keep Americans safe without excluding people who wish to come here to contribute and pursue a better life for their families,” Hooks said, according to USA Today.

Numerous businesses — most notably the nation's tech giants — strongly criticized the order, which was hastily and clumsily implemented over the weekend and stranded dozens of travelers in the nation's airports.

The Washington Post noted that Koch's remarks, however, could have particular consequences for Republicans that control Congress. The group increased its projected spending in the 2018 election cycle to up to $400 million, but Koch did not endorse Trump during his campaign and criticized his previous comments regarding immigration by Muslims.

"It doesn't do any good for us to be positioned as hating whole classes of people," Erick Brimen, a private equity firm manager and native Venezuelan, told the Associated Press.