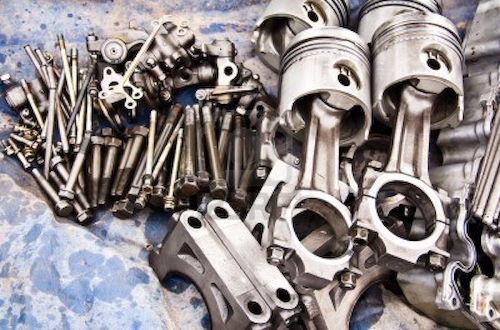 A new study released by the Motor & Equipment Manufacturers Association (MEMA) shows that automotive parts manufacturing jobs in the U.S. have risen nearly 19 percent since 2012.

More than 871,000 Americans are directly employed by the automotive parts manufacturing industry. This number, which is up from 734,000 in 2012, represents 2.9 percent of the jobs in the total U.S. employment market and 2.4 percent of the U.S. gross domestic product (GDP).

Together with indirect and employment-induced jobs, the total employment impact of the motor vehicle parts manufacturing industry is 4.26 million jobs, an increase of nearly 18 percent from 3.26 million in 2012.

“Never before has the Mobility Industry had to embrace so many advances in vehicle technology so quickly and on a global scale. These numbers show that MEMA and its member companies are driving innovation, jobs and economic growth in the U.S. by combining manufacturing and technology,” said MEMA President and CEO Steve Handschuh during a media event at the Washington Auto Show. “The Mobility Industry is a significant contributor to the growth of the manufacturing and high-tech sectors. And MEMA is pulling it all together.”

A Ukrainian software developer has spent three years working on the company's ERP but the US won't grant him access to implement it.
Jeff Martin
Feb 25th, 2020