Bill Would Limit Influence Of Unions On Public Project Bids 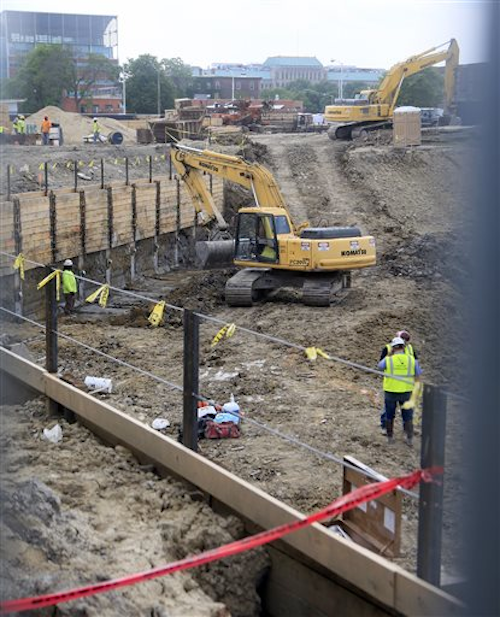 The proposal from Sen. Leah Vukmir and Rep. Rob Hutton would prohibit state and local governments from requiring contractors bidding on their projects to use unionized workers or enter into project labor agreements — collective bargaining agreements that establish rules controlling work on a project upfront, such as setting work hours or requiring workers to join a union. Few places in Wisconsin require them.

Public hearings on the measure are set for Tuesday and Wednesday. Hutton said the legislation would yield more competitive bids and allow a wider range of companies to bid for public projects.

"There are terrific firms out there that are both union and anti-union," Hutton said. "We don't want to be in the business of government determining which firm receives projects."

"Local governments should have the right to decide how they want to do business," Neuenfeldt said. Labor unions such as the AFL-CIO have argued that projects with project labor agreements, or PLAs, are more likely to be completed on time, within budget and under better working conditions.

Hutton cited Superior, Pittsville and Barron as cities that have used PLAs. Dane County occasionally does as well, he said.

If the work of unionized firms "is as high quality and efficient and affordable as they say it is, they should have nothing to fear in competing with other contractors," Manley said.

More than 20 other states have passed similar legislation, including Iowa and Michigan, according to Hutton. The bill's language closely mirrors that of a sample policy prepared by the American Legislative Exchange Council, a nonprofit that pushes free market legislation.

Awad Hanna, a University of Wisconsin-Madison professor of construction and engineering management who also runs a construction consulting firm, said he knows contractors who are frustrated they can't bid on certain projects because they're not unionized. At the same time, he said, local governments tend to use PLAs when a project has a short timeline and they need to guarantee that a certain quantity of workers will be available.