Report: Decline Of Unions Partly To Blame For Stagnant Wages

A liberal-leaning think tank argues in a new report that plummeting union membership translated to lower wages for the overall U.S. workforce, union or not, in recent decades. 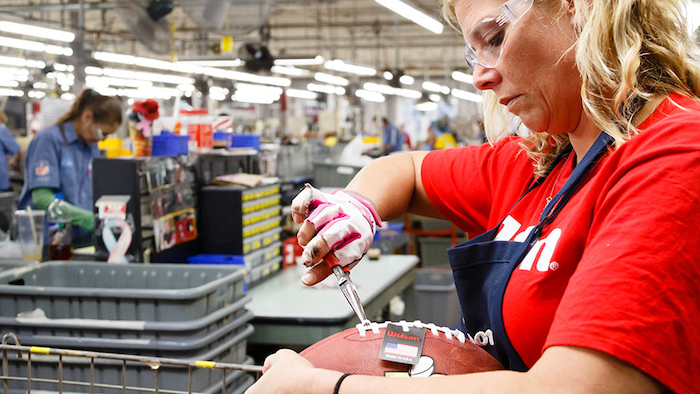 A liberal-leaning think tank argues in a new report that plummeting union membership translated to lower wages for the overall U.S. workforce, union or not, in recent decades.

The report by the Economic Policy Institute argued that pay and benefit standards reached through collective bargaining eventually affected rival companies — and the broader economy — as those companies sought to attract and retain workers.

Those patterns, however, declined as the share of private-sector workers who belong to a union fell from more than 30 percent in the 1950s to just 5 percent today.

EPI analysts projected that current wages for non-union men in the private sector would be 5 percent higher at 1979 unionization levels. The average worker in that demographic would see another $2,704 in annual wages, which translates to $109 billion in cumulative annual wage loss.

Non-union, private-sector men without a college degree — whose wages are sharply lower than the 1970s when adjusted for inflation — would see an 8 percent wage increase, or $3,016 per year, if union levels remained the same.

And although the effects were not as pronounced for women, who were less likely to belong to unions in past decades, the report added that their wages would be 2 to 3 percent higher today.

Although globalization, technology and educational attainment tend to shoulder most of the blame in the debate over wages in the U.S., the report found that the effects of union declines were, in fact, higher than the projected impact of trade with low-wage nations.

"Rebuilding our system of collective bargaining is an important tool available for fueling wage growth for both low- and middle-wage workers and ending the era of persistent wage stagnation," analysts wrote in the report.