Labor Dept. Says No Need For Warning On Layoffs

The Labor Department said Monday that federal contractors do not have to warn their employees about potential layoffs from across-the-board budget cuts that could begin on Jan. 2. 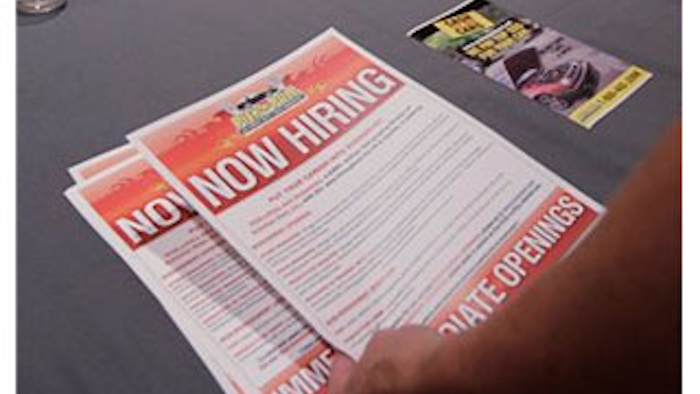 WASHINGTON (AP) — The Labor Department said Monday that federal contractors do not have to warn their employees about potential layoffs from across-the-board budget cuts that could begin on Jan. 2.

In a guidance letter, the agency said it would be "inappropriate" for employers to send such warnings because it is still speculative if and where the $110 billion in automatic cuts might occur. About half the cuts would be in defense.

The letter comes days after a Pentagon official said Defense Department contractors could be sending their workers layoff notices four days before the Nov. 6 presidential election. That prospect has unnerved the White House because it would affect thousands of defense workers in presidential battleground states such as Florida, North Carolina and Virginia.

Under the federal Worker Adjustment and Retraining Notification Act, employers of companies with 100 workers or more are required to provide notice 60 days in advance of a plant closing or mass layoffs.

But the Labor Department letter says federal agencies have not announced which contracts might be affected by the budget cuts — known in Washington as sequestration — so any plant closings or layoffs such cutbacks are "speculative and unforeseeable." It also points out that lawmakers are trying to avert the cuts, which would avoid layoffs altogether.

The letter was sent to state workforce agencies which help laid off workers find new jobs or get additional training.

"People will still get laid off because of the president's irresponsibility, but they won't have the notice to protect themselves and their families," California Rep. Buck McKeon said.

The guidance comes as major defense contractors are bracing for the possibility of mass layoffs. Lockheed Martin, for example, has told Congress that across-the-board reductions could result in layoffs of 10,000 employees out of the company's 120,000 workers.

The military will face a reduction of $492 billion over a decade, with a $55 billion cut beginning in January, unless Obama and congressional Republicans and Democrats can agree on a plan to avert the cuts. Domestic programs also would be reduced by $492 billion over 10 years.

The automatic cuts are slated to take effect because of the failure last year of a bipartisan congressional panel to come up with a plan to cut the deficit by $1.2 trillion over 10 years.

Washington Rep. Adam Smith, top Democrat on the House Armed Services Committee, defended the guidance as "an important and correct interpretation of the law."

"There is no reason to needlessly alarm hundreds of thousands of workers when there is no way to know what will happen with sequestration," he said.

The U.S. now has two job openings for every unemployed person.
May 3rd, 2022
Follow Us
Most Recent