U.S. businesses continued to hire at a healthy pace in January, a sign the economy is off to a solid start for the year. 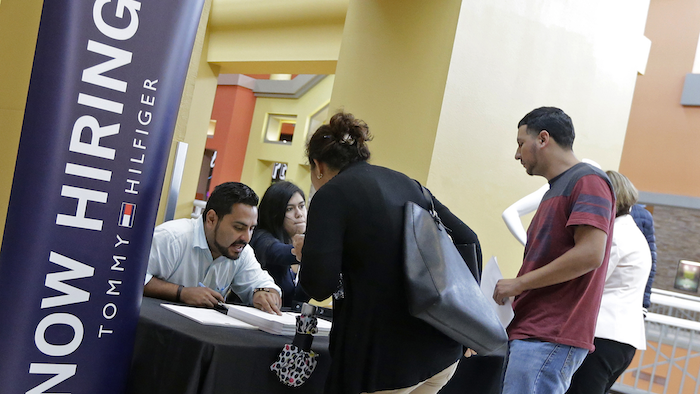 WASHINGTON — U.S. businesses continued to hire at a healthy pace in January, a sign the economy is off to a solid start for the year.

Job gains at that pace are easily enough to drive down an already-low unemployment rate over time. The rate has remained at 4.1 percent for the past three months. Businesses are optimistic about the economy, particularly after the President Donald Trump's tax overhaul was approved last month.

Companies have been steadily adding jobs for the past eight years, after the economy fell into a steep recession in 2008. The recovery from that downturn is now the second longest in U.S. history.

"At this point in the cycle, it's really impressive to still be generating this many jobs," Mark Zandi, chief economist at Moody's Analytics, said. Moody's compiles the ADP data.

On Friday, the government's employment report for January will likely show a gain of 175,000 jobs, economists forecast, according to a survey by FactSet, a data provider. That's still enough to lower the jobless rate over time.