The head of Germany's largest industrial workers' union says workers will go on strike next week after negotiations with employers have broken down. 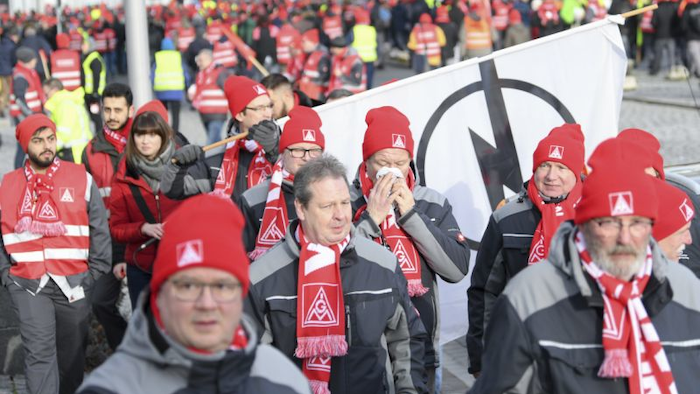 The head of Germany's largest industrial workers' union says workers will go on strike next week after negotiations with employers have broken down.

The IG Metall union did not specify which companies the walkouts will target.

Talks over a new labor agreement broke down after employers did not agree to union demands to let workers choose a 28-hour week for up to two years with the right to return to their former hours after that, and the 6-percent pay increase over one year.

So far, job actions have been limited to strikes lasting a few hours.

Extra unemployment assistance is set to expire at the end of the month.
Jul 20th, 2020
Follow Us
Most Recent