The Supreme Court appears likely to sustain a multimillion dollar judgment against Tyson Foods Inc. in a pay dispute with more than 3,000 workers at a pork-processing plant in Iowa. 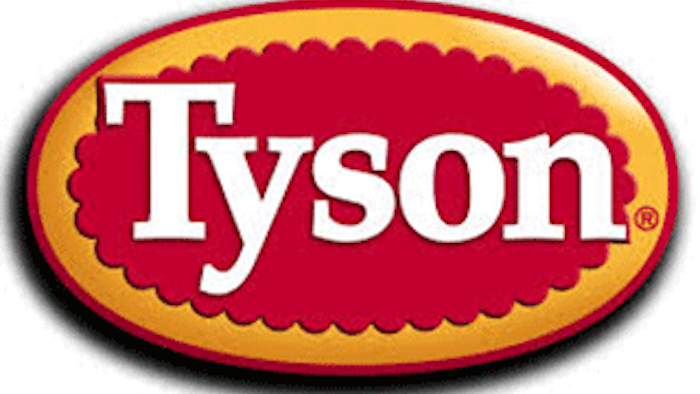 WASHINGTON (AP) — The Supreme Court appeared likely Tuesday to sustain a multimillion dollar judgment against Tyson Foods Inc. in a pay dispute with more than 3,000 workers at a pork-processing plant in Iowa.

The justices indicated during arguments that they would not embrace Tyson's invitation to use the case to impose new limits on the ability of workers to band together to dispute pay and workplace issues.

The Springdale, Arkansas-based company wants the high court to throw out the $5.8 million judgment and declare that workers should not be able to rely on statistics and averages to prove their case under federal labor law.

Justice Anthony Kennedy signaled his skepticism of Tyson's case when he told the company's lawyer, "I just don't understand your argument."

The case has drawn a lot of interest from business and consumer groups because it could allow the court to elaborate on its 2011 decision blocking a massive sex-discrimination case against Wal-Mart Stores Inc. that would have included up to 1.6 million female workers.

Tyson argues in its appeal that it should not have been forced to defend a class-action lawsuit that claims it failed to pay thousands of "knife-wielding" employees and others for time spent putting on and taking off protective work clothes and equipment at its Storm Lake, Iowa, plant. The employees do their jobs on the plant's slaughter or "kill" floor and on the processing or "fabrication" floor.

"The plaintiffs were allowed to pursue a class of more than 3,300 employees who occupied more than 400 jobs which required widely differing amounts of time to perform their donning, doffing and washing tasks," Tyson lawyer Carter Phillips told the court.

But Justice Ruth Bader Ginsburg questioned whether the tasks were as dissimilar as Phillips said. "It didn't seem to be that wide disparity," Ginsburg said. She and the other three liberal justices appeared firmly on the employees' side.

Kennedy said the outcome of the case seems to hinge on a 70-year-old Supreme Court decision that allows workers to use statistical evidence in lawsuits over compensation when their employer doesn't keep adequate records of their hours.

Justice Department Elizabeth Prelogar said in support of the workers that the 1946 case does indeed apply because "there is a record-keeping violation in this case that prevents the employees from being able to prove their claims with more precise evidence."

A decision is expected by the spring in Tyson Foods v. Bouaphakeo, 14-1146.