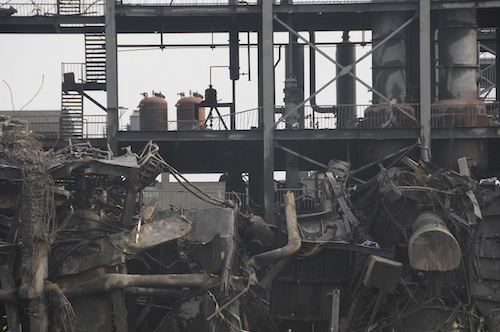 The Institution of Chemical Engineers, a professional membership organization, surveyed media coverage of explosions, fires and other incidents in the U.S. last year.

The analysis found 228 separate incidents in chemical manufacturing and a number of related industries, including mining, refining, food processing, biotechnology, wastewater treatment, and oil and gas exploration and production.

"Many of these incidents commanded just a few column inches, but there are 75 reports that detail fatalities," said Andy Furlong, the group's policy director. "Each one is a grim human tragedy that could have been avoided, had the appropriate safety arrangements been in place."

The group also announced plans to bring its safety training course to the U.S. for the first time; courses will be held in Texas, California and Pennsylvania starting next week.

Preliminary numbers released by the Occupational Safety and Health Administration in September showed 27 fatalities in chemical manufacturing last year but 142 in oil and gas extraction alone.