The Kaiser Family Foundation said Tuesday that just half of companies with three to 49 employees offered coverage this year. 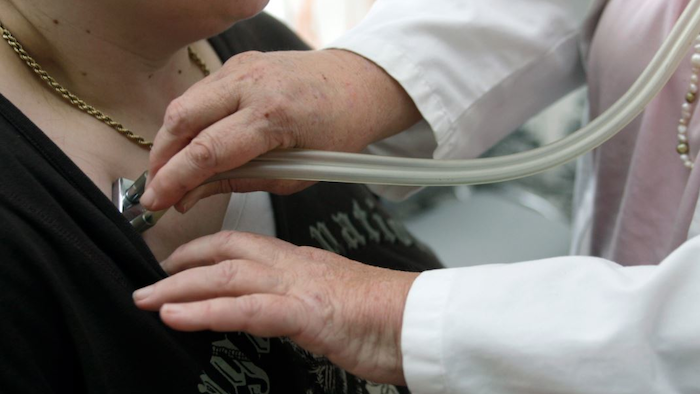 Only half of America's smallest businesses now offer health coverage to their workers because many say steady cost hikes have made it too expensive to afford a benefit that nearly all large employers still provide.

The Kaiser Family Foundation said Tuesday that 50 percent of companies with three to 49 employees offered coverage this year. That's down from 59 percent in 2012 and 66 percent more than a decade ago.

"There's just not as much money around for compensation, including benefits," said Gary Claxton, a Kaiser vice president and lead author of the nonprofit health policy organization's annual health benefits study.

Employer-sponsored coverage is the most common form of health insurance in the United States, covering an estimated 151 million people under age 65, according to Kaiser. The federal Affordable Care Act requires all companies with 50 or more full-time employees to offer it.

Companies get a tax break for offering these benefits, and many employers also see them as a critical tool for attracting and keeping workers, even if they aren't required to because they are small or rely on part-time workers. Kaiser found that 96 percent of businesses with 100 or more workers provided health benefits, or nearly twice the percentage of the smallest companies.

Cost was the main reason cited by 44 percent of those small businesses that don't offer benefits, Kaiser's study found. Seventeen percent said they were too small to offer coverage. Other employers said they didn't offer the benefit mainly because their workers were covered under another plan like a spouse's or because most employees were part-time or temporary.

Ten percent said their workers weren't interested in the benefit.

Some opted to give their employees more money to buy coverage on the individual market, which includes the Affordable Care Act's public marketplaces. But Kaiser found that only 2 percent of the small businesses that don't offer coverage made that decision because their employees can get something better on the ACA marketplaces.

The cost of coverage, known as the premium, for an employer-sponsored family plan climbed 3 percent this year to $18,764 on average, according to the survey of more than 2,000 businesses Kaiser conducted with the Health Research & Educational Trust.

Cost increases have been more modest in recent years and much smaller than the double-digit percentage hikes seen on the ACA marketplaces. Even so, years of smaller increases add up, and insurance costs routinely climb faster than inflation. That means the health insurance costs that employers face have climbed faster than what they can charge for products and services, and that has pushed the benefit out of reach for many business owners.

Scot Johnson stopped offering health insurance this year to his two full-time employees at Milestone Tile & Remodeling Inc. in Franklin, Wisconsin this year when faced with a potential 50 percent price hike. He said he's been in business since 2001 and had always offered coverage.

"I just can't afford it anymore," he said. "I gave the employees raises to what I was paying for premiums last year and told them they're own their own to find insurance now."

The Affordable Care Act prompted Bob Borenstein to stop offering insurance to employees of his Philadelphia childcare services business, Appletree Developmental Center. He said many of his staff of 32 employees are under age 26, so they can still get coverage through a parent's health insurance. The public insurance exchanges established by the law offered cheaper options for those who still needed insurance.

He has since shifted funds he would have spent on benefits into higher salaries and classroom improvements.

"It was a better use of our money," he said.

Kaiser released its survey Tuesday while companies are preparing to tell their employees about coverage options for next year. The annual period when employees can enroll in their company's insurance for 2018 or make changes to their coverage begins in November for many companies.

The benefits consultant Mercer predicts that employer health insurance costs will rise 4.3 percent next year. That's after employers make adjustments like raising deductibles or shopping for a new insurer in hopes of finding better prices.