Trump Proposal Aims At Another Way Of Getting People To Work

The jobs training initiative is aimed at millions of Americans who could consider apprenticeships instead of four-year college degrees. 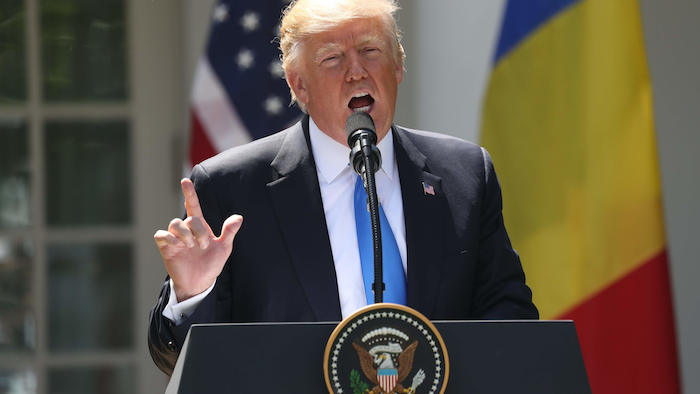 President Donald Trump speaks during a news conference with Romanian President Klaus Werner Iohannis, in the Rose Garden at the White House, Friday, June 9, 2017, in Washington. Donald Trump is trying to change the subject from scandal back to his promise to make American job creation a top priority. “We want to get back to running our great country,” Trump said Friday at a White House news conference. (AP Photo/Andrew Harnik)

President Donald Trump is trying to change the subject back to his promise to make American job creation a top priority.

"We want to get back to running our great country," Trump said at a White House news conference on Friday after a week that saw Washington and much of the country fixated on the damaging testimony of his fired FBI director.

Facing turmoil about investigations over his campaign's ties to Russia, Trump plans to bring more Americans into the economy by having them start working as apprentices. The effort follows a week spent on infrastructure in which the president remained relatively vague about his policies in hopes of starting a conversation.

The jobs training initiative is aimed at millions of Americans who could consider apprenticeships instead of four-year college degrees, which can leave them struggling to pay off student loans. But as presented by White House aides Friday, the push so far lacks the details of a significant policy drive.

Trump's young presidency is facing an increasingly tense period, amid the congressional and Justice Department probes into Russia's interference in the 2016 election and ties to the Trump campaign. Other items on the Trump agenda are also mired in uncertainty, including a tax overhaul and plans to replace the health insurance law signed by President Barack Obama in 2010.

To turn to jobs and apprenticeships in particular, Trump is visiting a technical college in Waukesha, Wisconsin, on Tuesday, delivering a policy speech at the Labor Department on Wednesday and meeting with eight governors at the White House on Thursday. 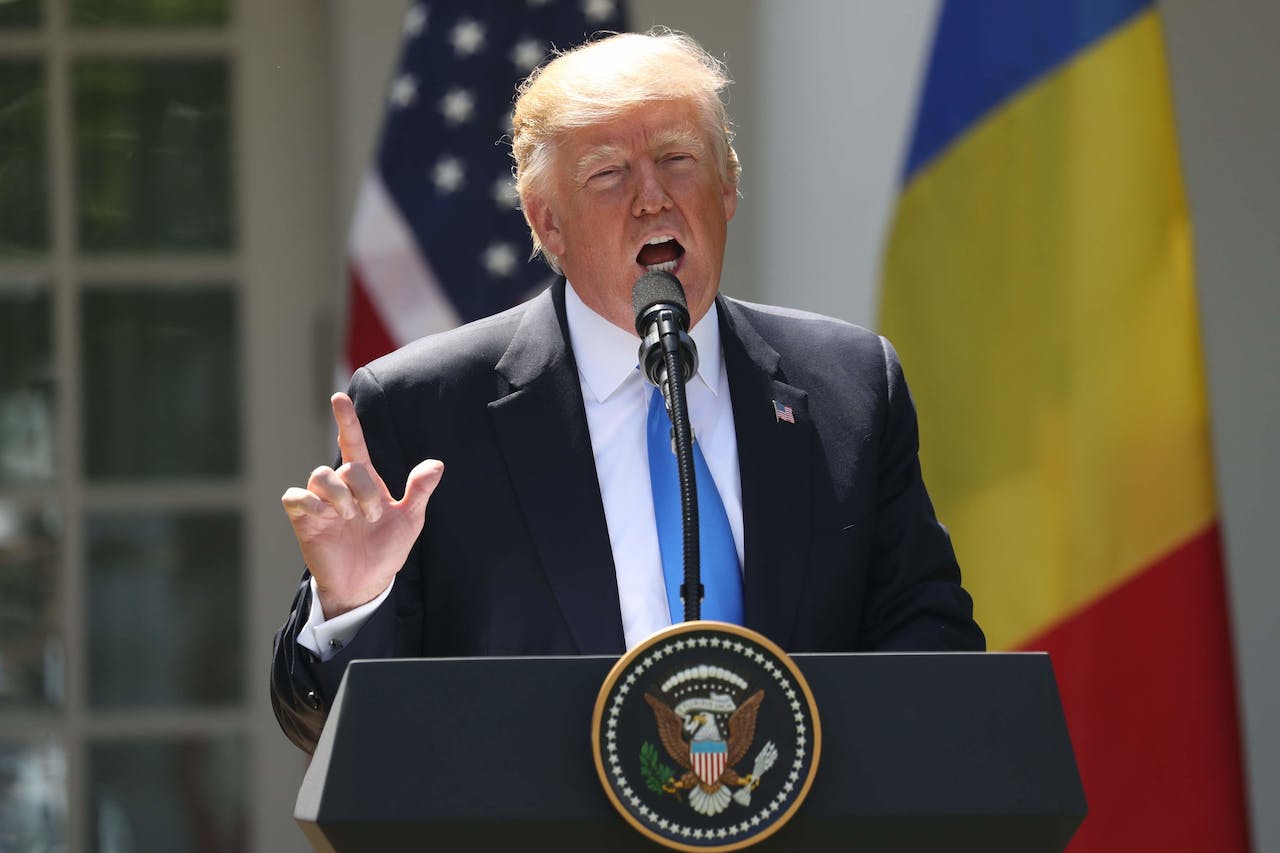 President Donald Trump speaks during a news conference with Romanian President Klaus Werner Iohannis, in the Rose Garden at the White House, Friday, June 9, 2017, in Washington. Donald Trump is trying to change the subject from scandal back to his promise to make American job creation a top priority. “We want to get back to running our great country,” Trump said Friday at a White House news conference. (AP Photo/Andrew Harnik)

There are few specifics as to how Trump would encourage more Americans to simultaneously work and learn as apprentices. He intends to improve coordination on the issue among businesses, schools and government leaders.

"It's really when those elements come together that the country has seen the best results," Reed Cordish, a presidential aide on intragovernmental and technology issues, said in a conference call with reporters.

Administration officials declined to say how much additional money would be devoted for apprenticeship programs, let alone how they intend to increase the number of people taking part— from roughly 500,000 in fiscal 2016.

At a White House event earlier this year with CEOs, Trump said he was willing to try for a goal of 5 million new apprenticeships over five years. Part of the challenge, White House officials said, was changing negative attitudes toward vocational education.

Funding may also prove an obstacle. Trump's proposed budget would slash the Labor Department's budget by a fifth to $9.6 billion and its job training programs by more than a third. The $90 million spent on apprenticeships would be spared. The plan aims to more tightly organize what his aides say are 43 job training programs across 13 agencies.

Angela Hanks, of the liberal Center for American Progress, said the Trump budget betrays a fundamental misunderstanding of how apprenticeship programs work.

"It's great if we can all agree that apprenticeships are good," she said. "But if you can't access child care to get there, and you can't partner to develop good programs because the workforce system that we have has been gutted, it's hard to see how you get to the goal that the president's laid out."

Ivanka Trump, the president's daughter who also is among his advisers, said that worker training is necessary for her father to deliver on his promise to create 25 million jobs over a decade.

Many employers say they can't find workers with the necessary skills. The number of job openings climbed above 6 million in April, an all-time high, but the level of hiring has barely risen over the past year.

Apprenticeships had largely been focused on the construction sector but have since branched out to include health care and information technology, among other fields, said Andrew Cortes, who leads a committee that advises the secretary of labor on the government's registered apprenticeship program.

The Obama-era Labor Department — it also encouraged apprenticeships — noted that 91 percent of those that completed the programs found jobs with average incomes above $60,000.

Labor Secretary Alexander Acosta on Wednesday defended Trump's budget to a House committee considering its own plan. "We're going to do more with less," he told members of the Appropriations Committee, describing the president's budget priorities as "smart investments in programs that work."

"You can only do less with less," replied Rep. Rosa DeLauro, D-Conn., who criticized the cuts in jobs programs for Americans who need the most help finding work.