Unemployment rates fell in more than half of U.S. states in November as employers stepped up hiring. 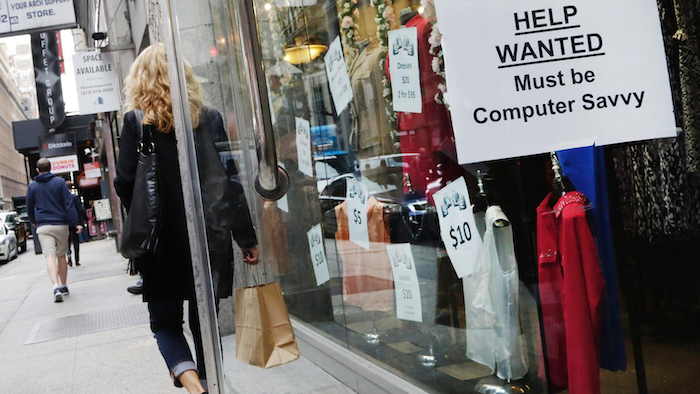 Unemployment rates fell in more than half of U.S. states in November as employers stepped up hiring.

The Labor Department said Friday that jobless rates fell in 27 states, rose in 11, and were unchanged in 12 states. Employers added jobs in 35 states, while employment fell in 14. Montana's job total was flat last month.

The widespread improvement suggests employers in most parts of the country are confident enough to hire more. Nationwide, the economy generated a robust 211,000 jobs last month and the U.S. unemployment rate remained 5 percent, a 7-year low.

New Mexico had the nation's highest unemployment rate in November, at 6.8 percent, though it was unchanged from the previous month. West Virginia's unemployment rate, which had been the highest, fell to 6.5 percent from 6.9 percent. That's the second-highest, along with Nevada's, which is also at 6.5 percent.

North Dakota had the lowest unemployment rate, at 2.7 percent, even though it has lost more than 13,000 jobs, or nearly 3 percent of its total, in the past year. Falling oil and gas prices have caused widespread job cuts in the state's drilling industry.

Nebraska's unemployment rate was the second-lowest, at 2.9 percent, followed by South Dakota, at 3 percent.

Florida reported the largest job gain in November, with 35,200, followed by Texas with 16,300. Big gains in construction jobs boosted hiring in both states.

Virginia added the third-largest number, with 14,400, led by greater hiring for hotels and restaurants.