The Garment Manufacturers Association in Cambodia made the appeal after workers in eastern Svay Rieng province went on strike Wednesday to boost their monthly wage to $148. 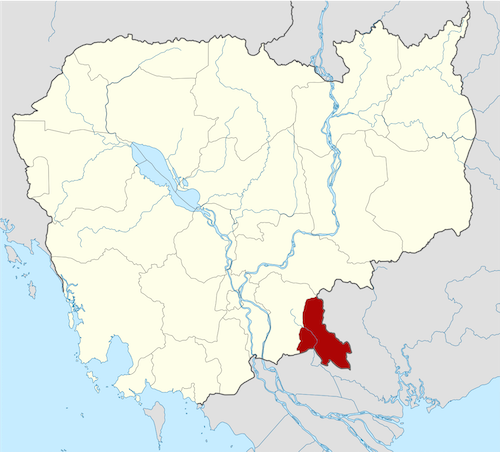 PHNOM PENH, Cambodia (AP) — Garment factory owners in Cambodia asked the government on Thursday to help stop a strike by workers for higher wages, saying the labor action is damaging the investment climate for the industry, the country's main source of exports.

The Garment Manufacturers Association in Cambodia made the appeal after workers in eastern Svay Rieng province went on strike Wednesday to boost their monthly wage to $148. The factory owners said the strikers caused injuries and serious property damage, but the provincial governor said the damage was minor and limited to one factory.

Gov. Chieng Om said the strike ended Thursday when workers agreed to wait for the government's response. He said the number of strikers was less than the 30,000 claimed by union leaders.

They said that on Thursday, all production in the Manhattan Special Economic Zone where the main strike action occurred was "completely stopped, causing millions of dollars in losses." However, Chieng Om said most factories were not shut by the strikers, but were closed for the sake of security, with workers just going home.

Wages are a volatile issue in Cambodia, where about 700,000 people are employed in more than 700 garment and shoe factories. In 2014, the Southeast Asian country shipped about $6 billion worth of products to the United States and Europe. Unions sought an increase in the minimum monthly wage to $160 in 2016, but most settled for $140.

Factory workers in Cambodia are generally better organized and more militant than in other low-cost manufacturing countries, and also are loosely allied with the political opposition. Aggressive labor strikes around the capital, Phnom Penh, in 2014 were suppressed with deadly force and led to a crackdown on government opponents.