The charges claim Nissan illegally stifled workers' right to wear pro-union or anti-union clothing when it created a uniform policy in 2014.

The National Labor Relations Board is charging Nissan Motor Co. and a contract worker agency with violating workers' rights at the company's Mississippi plant.

Filed Monday, the charges claim Nissan illegally stifled workers' right to wear pro-union or anti-union clothing when it created a uniform policy in 2014 for its manufacturing plants in Canton, as well as in Smyrna and Decherd, Tennessee. Also charged is Kelly Services, which provides an unknown number of contract workers in Canton.

The 2014 policy, as laid out in a question-and-answer document attached to the labor board complaint, called for most employees to wear company issued pants and shirts.

"Nissan's uniform program is designed to help achieve the highest standards of safety and quality in all our manufacturing facilities," Reuter wrote in an email. "Employees have been able, and will continue to be able, to wear the clothing of their choice as long as it complies with the Nissan manufacturing dress code."

The United Auto Workers made the complaints leading to the charges. The UAW has long sought to unionize the Canton plant, but workers haven't petitioned for a vote, and union supporters have broadly aired claims that Nissan has intimidated workers. The company says its workers are free to unionize.

Nationally, the UAW has staked its future on unionizing Southern auto factories, with limited success so far. A vote was ongoing Friday to unionize some workers at Volkswagen AG's plant in Chattanooga, Tennessee.

UAW Secretary Treasurer Gary Casteel hailed the charges. Only 6 percent of more than 20,000 worker complaints to the labor board in 2014 resulted in charges. 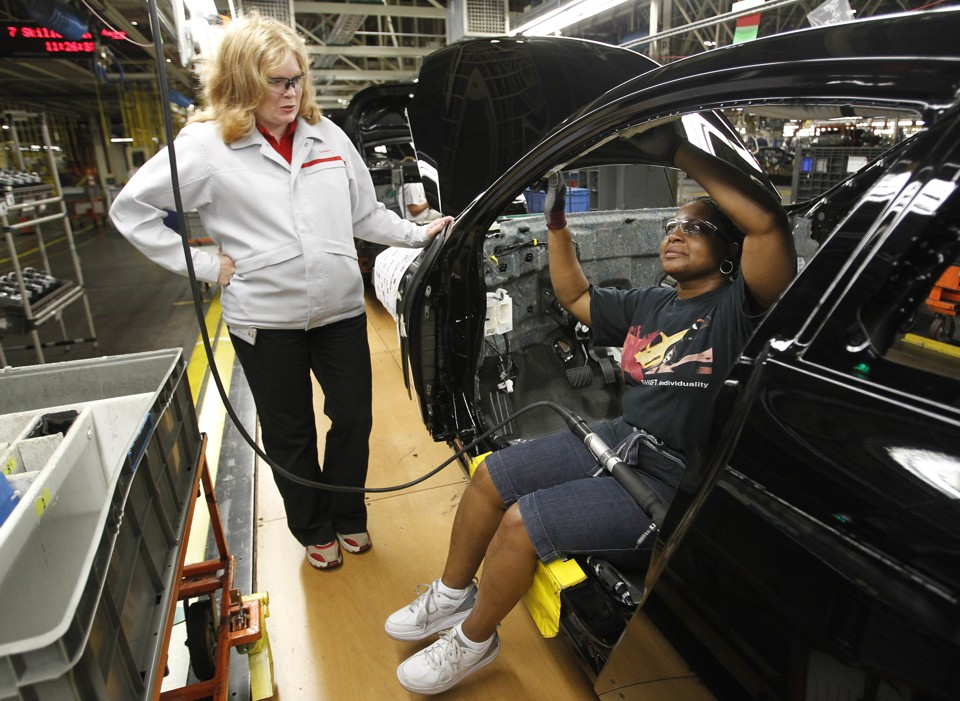 "It's symbolic in our eyes because it's so rare," Casteel said. "There's a pattern of misbehavior at Nissan, and of exploitive behavior."

A Nissan memo dated Tuesday, which was supposed to be read to all employees in Canton, states that the point of the uniform program is to "reduce vehicle mutilation."

"Plus, as we all know, the program is voluntary," the memo states.

Reuter was unable late Friday to provide any Nissan documents from 2014 that indicate the uniform policy was voluntary. The Q&A indicates that employees had to wear provided shirts, pants and shorts, and that if they wore undershirts, they could have no writing on them.

Both pro-union and anti-union workers had been wearing T-shirts in Canton representing their positions.

Kathleen McKinney, the regional director of the labor board's New Orleans office, said Nissan previously had a dress code, but did not require uniforms for most workers. McKinney said the board doesn't believe Nissan had a legitimate business reason to mandate uniforms instead of a dress code.

"The T-shirts don't hurt the cars," she said. "We consider that policy to be overbroad."

Additional charges claim that a Nissan manager, Karen Bloodsaw, illegally questioned and threatened pro-union workers in Canton on four separate occasions in late 2014 and early 2015. Bloodsaw is accused of threatening to retaliate against or fire workers for supporting the union. Bloodsaw is also accused of threatening that Nissan would close the plant if workers voted in a union. All those actions are illegal under federal labor law.

Reuter declined to comment on those claims. The Associated Press was unable to locate Bloodsaw Friday.

A March 9 hearing before an administrative law judge is scheduled on all the charges.

Nissan settled a charge in 2014 over when a Canton worker could distribute pro-union literature.