Addressing The Skills Gap In 2016

Take a look at the state of the manufacturing skills gap, how it's affecting specific industries and what's being done to combat it. 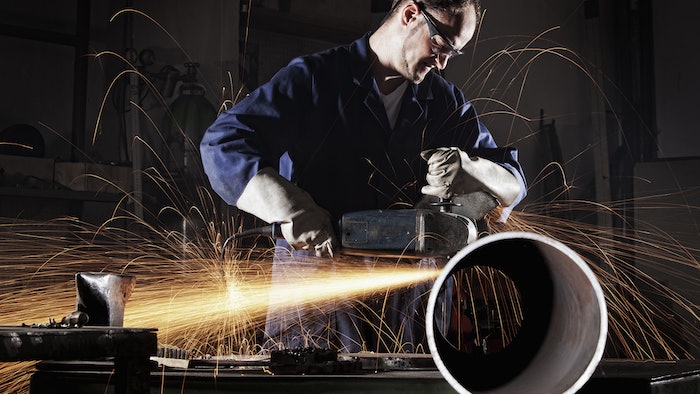 Conversation about the skills gap is ubiquitous across the industry, but even more so as the new year starts to settle and more skilled workers inch closer to retirement.

Some manufacturers are not sure how to address the skills gap, and others are trying various programs and methods to smooth the transition from the many retiring skilled workers to the few and unskilled youth entering the industry, but ultimately all manufacturers should have a goal in mind when it comes to combatting the issue and promoting proper training for the new workforce.

One of the biggest challenges with the skills gap is that frequently, many industry leaders believe the issue starts well before a manufacturer has control of the situation. That is largely the reason why it’s difficult to address — how do you stop a problem before you even have control over it?

“The public schools stopped promoting manufacturing/machining as a viable career choice 30 or so years ago,” says Larry Taitel, president of Convertech. “They stopped all of the metal shop programs in both the primary high schools, as well as the Vo-Tech schools.”

Taitel says the New Jersey-based manufacturer for the converting, printing and packaging industries is having difficulties recruiting young people to become machinists. He argues the best way to combat the growing skills gap is to target the education system.

“People need to understand that machining is an honorable and important trade that many people can make a very viable career out of,” Taitel explains. “Machining pays well above average wages and traditionally has excellent benefits as well.”

Because children in schools are more frequently being geared toward four-year colleges and white-collar jobs, fewer individuals are getting involved in industry-related programs and education, and increasing numbers of experienced blue-collar workers are retiring.

“Electro-mechanical maintenance and automation are two high-demand jobs, and there simply are not enough graduates coming out of the programs at the technical colleges to support the job demand,” relates Andy Bushmaker, senior human resource manager at KI Furniture in Green Bay, WI. “Northeast Wisconsin has made huge strides in increasing enrollment in Welding and Machinist programs, but there are others still in high demand.”

KI has worked to increase awareness throughout their local communities to eliminate the idea that manufacturing jobs are dirty, dangerous or low-paying. By working with a local organization, NEW Manufacturing Alliance, they work with the K-12 system to get children and young adults involved and informed about the industry. KI also participates in apprenticeships for both youth and adults to offer necessary skills to those entering the workforce.

Some workers who have been in the industry for a long time feel manufacturing jobs for the older generations were seen as points of pride in which one worked hard and contributed to the American economy. Now, however, many feel there has been a shift in the perception of these jobs with younger generations, creating a lack of interest.

Minnesota-based Alexandria Industries is an aluminum extruder which has teamed up with educators at a local high school to inform students about manufacturing and engineering through various curriculums and programs. Alexandria chief operating officer Al Sholts shares his thoughts on the roots of the skills gap issue and emphasizes the importance of introducing young people to the industry:

“Often we see manufacturing careers stereotyped as dirty and low paying with limited development opportunities — which, we assure you, is not the case at Alexandria Industries,” Sholts says. “There also appears to be an obvious bias, as young people do not seem to be interested in pursuing two-year degrees in high-tech manufacturing — as opposed to four-year academic degrees — even if the option of a two-year education is a better fit for them. Our education system needs to make every effort to expose the next generation with options to attain the necessary skills needed to work in advanced manufacturing.”

Exposing students to alternative career paths and eliminating stereotypes by educating them on the facts about jobs in the industry is a great step for manufacturers who want to address the skills gap before it becomes an even bigger issue.

Pat Dean, director of recruiting for Advanced Technology Services, said the biggest challenges for ATS in particular are the costs and time associated with training to ensure employees have the necessary skills for their fields. ATS, a manufacturing consultancy, works with manufacturers like EATON and Caterpillar by providing factory maintenance and IT services.

Dean, echoing the same sentiment as the others, emphasized the encouragement and education of youth to increase interest in the industry and erase the harmful stigmas associated with jobs in manufacturing.

“There is not a quick fix for this lingering problem in America,” Dean says. “I expect the lack of skilled labor to continue to increase incrementally each year.”

Sholts, like Dean, believes the problem could get worse before it gets better. If manufacturers do not immediately begin to implement programs and spread awareness, the lack of action could exacerbate the problem even further and have dramatic effects on the American economy.

“The gap is only going to continue to grow if we do not take proactive steps to address it,” Sholts explains. “According to a study by the Manufacturing Institute and Deloitte, the industry will have 2 million unfilled jobs by 2025. Each manufacturer needs to take steps, rather locally or globally, to poise manufacturing as a viable career option.”

In addition to manufacturers getting involved with local educational programs, there are other events in which the industry is aiming to attract the interest of younger generations — one of which, on a much larger scale, is the relatively-new annual Manufacturing Day. On this day across the country, manufacturers host events and open their doors to students and the overall public to shed light on blue collar jobs and change the overall perception of the industry.

With numerous changes in manufacturing from new technology to the threat of outsourcing jobs to other countries, many argue it’s more important than ever to combat the skills gap and keep the industry alive.