Delivery By Drone: Switzerland Tests It In Populated Areas

Drones will help deliver toothbrushes, deodorant and smartphones to Swiss homes this fall as part of a pilot project, the first of its kind over a densely populated area. 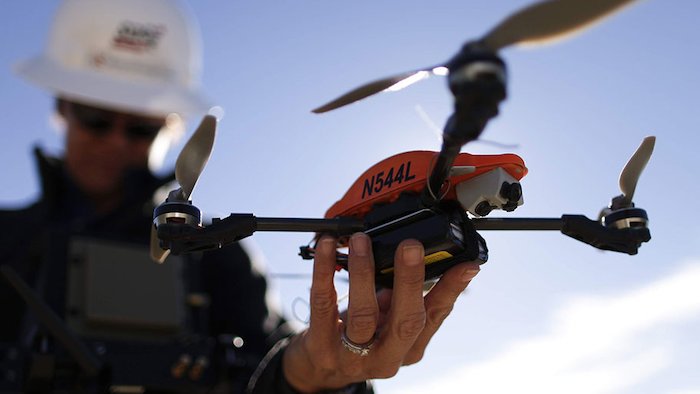 Drones will help deliver toothbrushes, deodorant and smartphones to Swiss homes this fall as part of a pilot project, the first of its kind over a densely populated area.

The drones will take items from a distribution center in the Zurich area and transport them 8 to 16 kilometers (5 to 10 miles) to awaiting delivery vans. The van drivers then bring the packages to homes.

Andreas Raptopoulos, the CEO of drone firm Matternet, said Thursday that the drones will speed up deliveries, buzzing over congested urban streets or natural barriers such as Lake Zurich.

Matternet, which is based in Menlo Park, California, is partnering on the project with Mercedes-Benz's vans division and Swiss e-commerce startup Siroop. It has been approved by Switzerland's aviation authority, as has a separate Matternet project to carry medical supplies between Swiss hospitals.

The experiments come as big firms such as Amazon and Google have spent several years investing in drone delivery research. So have some traditional delivery companies that are eager to find new ways to transport small packages, which take up the bulk of the market. Several African governments have also embraced drone networks to deliver medical supplies in rural areas.

And while advances are moving quickly, major technological, environmental and regulatory challenges remain, said Lance Vanden Brook, CEO of CyPhy Works, a drone company in Danvers, Massachusetts, that has partnered with UPS on testing. The challenges include battery life, inclement weather and navigating through residential neighborhoods.

"They've gotten good at the last mile," Vanden Brook said. "The harder part is getting to the doorstep."

Early experiments in urban areas are likely to involve drones working in tandem with road vehicles and their human drivers.

In Switzerland, executives from the three partner companies showcased the drone in action on Thursday, with a woman enacting the scene of loading up the drone with a bag of coffee that was flown several kilometers and landed smoothly on the rooftop of a Mercedes-Benz van. After high-fives at the successful flight, the coffee was then brewed up at a coffee cart at the ready and served for the several dozen attendees.

Cautious not to imitate what he called the "Google Glass" experience, Raptopoulos said consumer acceptance would be critical in the pilot project, which is expected to start Friday with two drones and two vehicles.

"We want to figure out, first of all: Is the public excited about this, right?" he told reporters at a news conference at a dressed-up gas station in Zollikon, a Zurich suburb, on Thursday. "It's the first time that an e-commerce pilot is done in a central European city."

US Retail Sales Up Surprising 0.7% in August Despite Delta