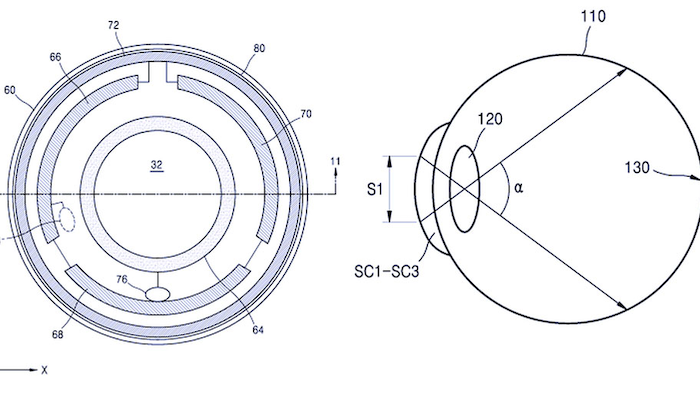 Samsung blog SAMMobile recently detailed the company's application, which was filed in South Korea in 2014.

The filing includes sketches of a lens equipped with a tiny camera, antenna and sensors, along with, The Verge notes, a small OLED screen to project images directly onto the wearer's field of vision.

Samsung reportedly hopes that the embedded display will provide an alternative to smart glasses such as Google Glass, which struggle with viewing angles and image quality for augmented reality.

Like other wearable electronics, the system would be powered by an external device such as a smartphone.

A prototype lens likely remains a long way off, and The Verge notes there's no evidence South Korean officials ever granted the patent.

In addition, future development would likely be complicated by privacy concerns — after all, the lens could discretely place a small camera on the eyes of any and all customers.