The maker of the Airbus A400M military transport plane that crashed in Spain this month has warned air forces flying the plane to carry out checks on its electronic systems before the next flights. 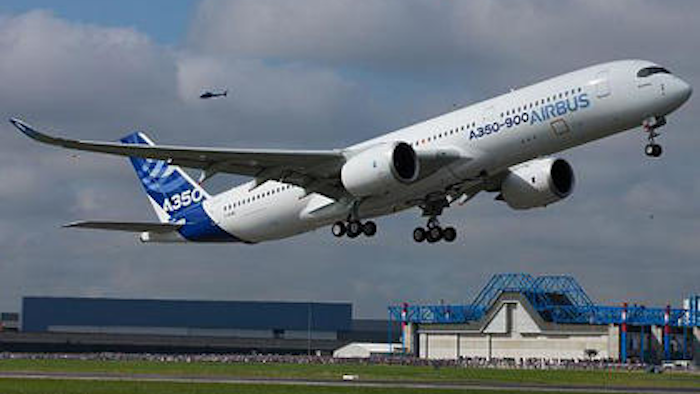 Paris, France — The maker of the Airbus A400M military transport plane that crashed in Spain this month has warned air forces flying the plane to carry out checks on its electronic systems before the next flights.

Airbus Defence & Space sent the so-called Alert Operator Transmission notice to all operators of the giant turboprop airlifter on Tuesday, the company said in a statement.

The five national air forces flying the hulking gray aircraft must "perform one-time checks of the Electronic Control Units on each of the aircraft's engines before next flight," Airbus said. "Additional detailed checks" must be carried out if engines or ECUs are replaced in the future, Airbus said.

The cause of the crash that killed two pilots and two flight test engineers on May 9 near the city of Seville remains under investigation.

Four of the five countries that already have A400Ms — Britain, Germany, Malaysia and Turkey — grounded the plane after the crash. France, which has six, says it will only use the aircraft in urgent operations.

The 20 billion euro A400M program saw its first deliveries in 2013. Some 174 aircraft have been ordered by eight countries — including Spain — to replace their aging military transport fleets. Twelve of the aircraft were delivered as of March, with Malaysia's air force being the most recent customer. A further five aircraft were due to be delivered to Germany this year, but Airbus has notified the German government to expect delays.

Last week Spain, where the plane undergoes final assembly, withdrew permission for test flights pending the outcome of the investigation. Two probes into the crash are ongoing, one by Spain's development and defense ministries and a second by judicial officials in Seville.