Paris Air Show: Boeing Racks Up Orders for its 737 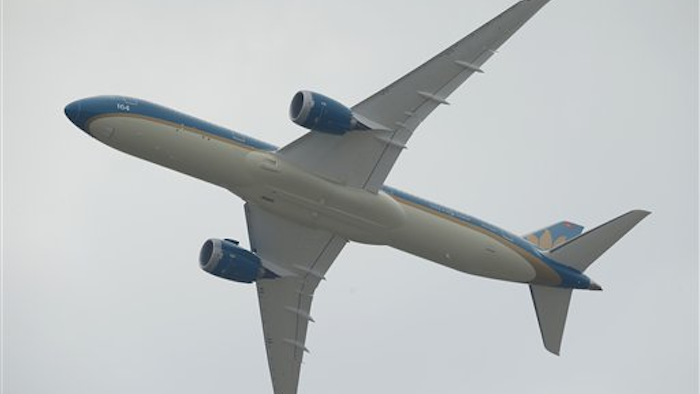 Boeing landed the biggest order so far of the Paris Air Show with a deal Tuesday for 100 of its 737s — the single-aisle jets that Boeing's CEO calls "the heart of the market" in the years to come.

Boeing and European rival Airbus clocked scores of sales, with particularly intense competition between the 737MAX series of planes and Airbus' 320 family of jets.

In other Boeing announcements Tuesday:

-Ireland-based leasing company SMBC Aviation Capital ordered 10 of the 737MAX-8 jets, worth up to $1 billion.

-Chinese low-cost carrier Rulli Airlines made a commitment to buy 30 planes from the 737 MAX range.

Russian economic troubles clouded the stream of contracts, as Aeroflot announced it was canceling an order for Boeing 787 jets.

Boeing CEO Ray Conner acknowledged Russia is "a tough market right now" and said details of the cancellation are still being negotiated, but insisted that his company would find other customers for the plane.

The conflict in Ukraine and resulting sanctions have hit the Russian economy, and limited Russia's presence at this year's Paris Air Show.

While Airbus executives predict high demand for jumbo jets like the A380 to serve growing megacities, Conner had an opposite view, calling that "a limited market."

"We believe the world continues to fragment," he said. "Nobody wants to hub up, gather and go off from there."

Lower fuel costs save airlines money, and "when airlines make money they tend to buy aircraft, which is a great thing."

The Paris show alternates years with Britain's Farnborough Air Show as Europe's premier industry event. Top military officials join CEOs and some 300,000 visitors at the event, which runs through June 21.