Some believe the engineer was using his cell phone before the train derailed. 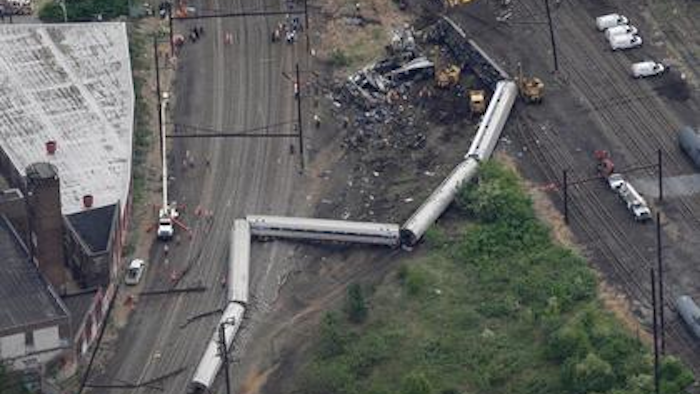 Accident investigators are expected to announce Wednesday whether they believe the engineer driving an Amtrak train was using his cellphone in the moments before the train derailed in Philadelphia last month, killing eight people and injured about 200 more.

National Transportation Safety Board investigators have said previously that the train accelerated to 106 miles per hour in the last minute before entering a curve where the speed limit is 50 mph. In the last few seconds the brakes were applied with maximum force, but the train was still traveling at over 100 mph when it left the tracks.

Congress has been pressing the safety board for answers to the key question of whether engineer Brandon Bostian was using his phone. Bostian suffered a head injury in the crash, and his attorney has said the engineer doesn't remember anything after the train pulled out of Philadelphia's 30th Street Station, the last stop before the derailment.

Engineers aren't allowed to use phones while operating trains or preparing them for movement, but determining whether Bostian was using the phone is a complicated process.

The phone was used to make calls and send text messages the day of the accident, but inconsistencies in phone records presented difficulties, NTSB Chairman Chris Hart told Congress last week. The voice and text messages were recorded in different time zones and may not have been calibrated to the exact time as other equipment on the train, such as a camera focused on the tracks and a recorder that registers how fast the train was moving and actions by the engineer, he said

Later Wednesday, NTSB officials are expected to testify before the Senate Commerce Committee about train safety. One focus of the hearing is positive train control, a technology that can prevent trains from derailing because of excessive speed.

Congress mandated in 2008 that Amtrak, commuter railroads and freight railroads install positive train control by the end of this year. Amtrak still has to do extensive testing of the system but will meet the deadline, officials have said.