At a news conference Tuesday, Bezos announced that his Blue Origin space company will build rockets and launch them into orbit from Cape Canaveral Air Force Base. 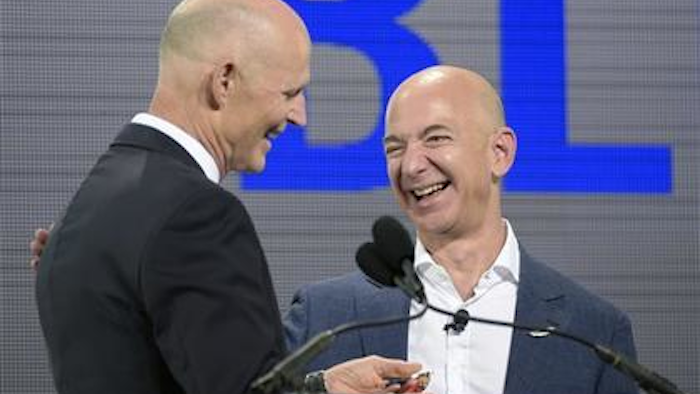 At a news conference Tuesday, Bezos announced that his Blue Origin space company will build rockets and launch them into orbit from Cape Canaveral Air Force Base.

He plans to send up science payloads and people — including space tourists and even himself. Bezos says he wants to ride one of his own spacecraft into orbit one day.

He expects the first rocket launch from Florida by the end of the decade.

Blue Origin is already testing its suborbital rockets from a remote part of Texas. The first test flight was in April.

The private company will be taking over a Florida launch complex that was last used in 2005. Blue Origin is based in Kent, Washington.